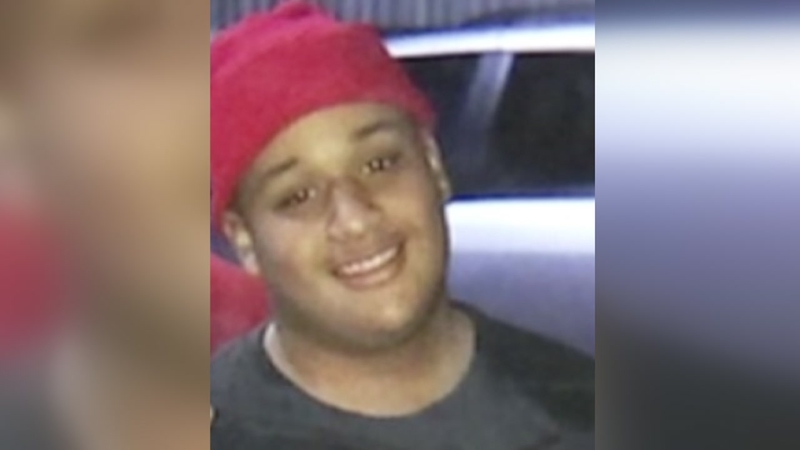 HOUSTON, Texas (KTRK) -- The murder of a Lamar High School student near school Tuesday afternoon was the latest killing in a gang war, according to law enforcement sources.

Delindsey Dwayne Mack, 18, was shot multiple times as he walked on Bammel Lane during Lamar's first lunch period around 12:15 p.m. The 15-year-old girl Mack was with was grazed by a bullet.

"Once the suspect fired upon the male and female, the male went down. That suspect stood over that individual and fired more shots," Finner said.

Bammel is a block east of the school. Police believe Mack was targeted. Finner said a black or dark gray sedan drove up along the teens.

The gunman, wearing a mask, got out and fired about a dozen times. Mack was rushed to the hospital, where he died.

Police sources tell Eyewitness News the fatal shooting was retaliatory and gang-related, after back and forth shootings between rival gangs in recent weeks. The violence sent Lamar into lockdown mode and led to a show of force by police at Ben Taub Hospital, where Mack died.

"We're not going to just stand by. We need the public support," Finner said.

“Very disappointing that it has come to this in our city... stand up and say something. Today is someone else’s kid. Tomorrow it could be yours.” @HoustonISD @houstonpolice after two Lamar HS students shot. One killed nearby school. pic.twitter.com/sQ1F6DOEAN

Two other people were in the car with the gunman, said police. All three are believed to be teenagers and were in the vehicle with a unique identifier. It's a four-door black or dark gray Subaru with paper plates. The back passenger window is covered by a plastic bag.

Late Tuesday, a car matching the description was recovered near I-45 by downtown. The killer remains at large.

"Stand up and say something. I said this before," Finner told reporters. "Today is somebody else's kid. Tomorrow, it can be yours, your sister or brother. We're better than this in this city."

Anyone with information is urged to contact Crime Stoppers at 713-222-TIPS or HPD's Homicide Division. You can also make an anonymous tip online at www.Crime-Stoppers.org.