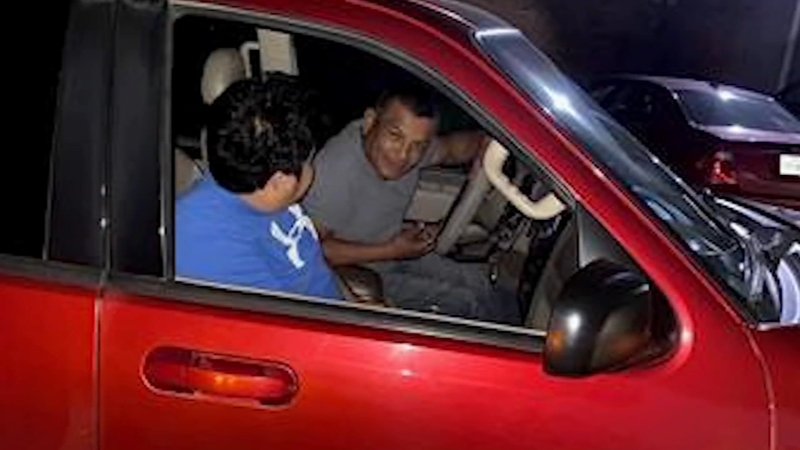 HOUSTON, Texas (KTRK) -- Houston police have identified a man wanted for questioning in the murder of a tow truck driver.

Authorities are looking for 42-year-old Idelfonso Gamez Torres. He is considered a person of interest.

The incident happened around 9 p.m. on Wednesday in the 200 block of West Little York Road near the North Freeway.

Police say 48-year-old Augustin Martinez was giving a ride to a customer when he got into an altercation with two men in a 2004 red Ford Explorer at an apartment complex.

"I hope he gets caught because I don't see my dad anymore," said Martinez's youngest daughter, Carolina Escamilla. "He's never going to come home again. When I graduate college, he's not going to see me."

According to officials, Torres was last seen driving the SUV with Texas license plates BH05601.

During the altercation, police say one of the suspects pulled out a gun and fired multiple shots at the wrecker, hitting Martinez and his customer.

Martinez attempted to leave the area but crashed his vehicle and died at the scene. The 45-year-old customer was taken to the hospital in stable condition.
The photo released by police was taken by Martinez moments before the shooting, according to a release.

"That's what's shocking," said oldest daughter Anna Karen Martinez. "How did he have the intuition to say, 'let me take a picture of this person,' because they were getting mad at each other?"

Police say Torres is not formally charged, but it is believed he might flee or has fled to Mexico.