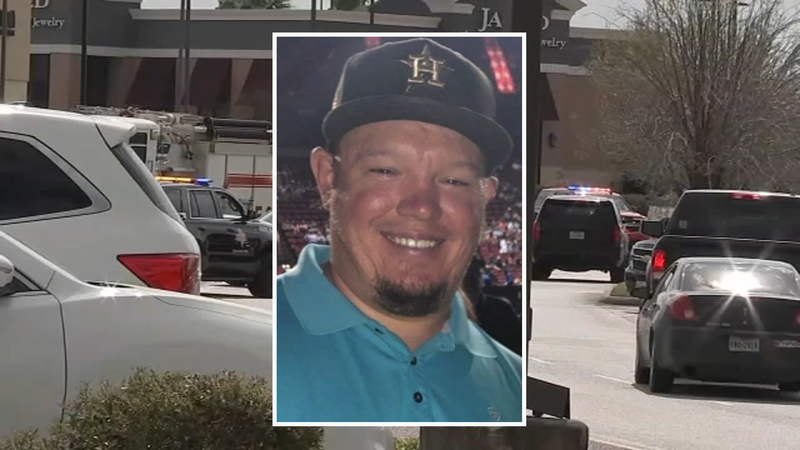 HUMBLE, Texas (KTRK) -- Two people were shot and killed in an officer-involved shooting near a mall in Humble Sunday afternoon, police said.

Officers were alerted to a disturbance involving a man and a woman at Deerbrook Mall. Authorities say the man allegedly pulled his gun on the woman.

DEADLY SHOOTING: Terrible situation unfolding here in Humble. Man pulled a gun on a woman, ran from police, Good Samaritan got involved and went after the armed man and was shot and killed by him. We are working to learn more. Report at 10pm #Abc13 pic.twitter.com/cODBtlc86f

When officers arrived, the suspect began to run. During the chase, officers shot at the suspect. Officers say good Samaritan Brian Marksberry tried to intervene.

According to Humble police, the suspect shot Marksberry, and he later died at the hospital.

When the suspect fired his weapon, Humble police shot at the suspect. He was transported to the hospital but later died.

Marksberry's mom says he was a man with a good heart that always wanted to help.

"Today.. that help got him in trouble," one family member said.

"I just miss him, and now I'm not gonna get the phone call everyday that I always got," said Jacqueline, Marksberry's mother, through tears. "My baby's gone."

Marksberry was a son, a brother, a husband, and perhaps his favorite title, a father. He has two young children, just 3 and 8 years old.

"He was the best father anybody could ever want," his mother recalled. "I'm never going to see him again."