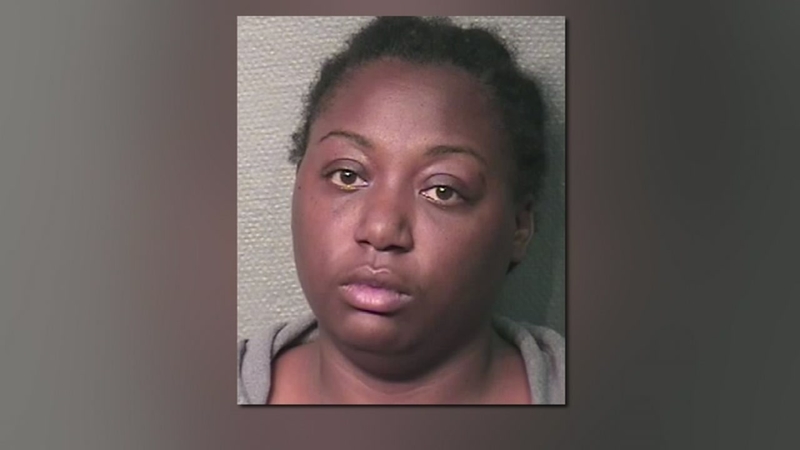 HOUSTON, Texas (KTRK) -- A Houston mother is behind bars and charged with allegedly killing her 2-year-old and injuring her 1-year-old.

Police say it happened on September 5 at the 5700 block of Rampart around 9 a.m. They reported they were flagged down by the girls' mother, Shandrika Mack.

Investigators say Mack claimed her 2-year-old was not responding.

Once inside the apartment, police say they realized the 1-year-old also needed help.

Houston firefighters were quickly called out and ultimately the children were taken to Texas Children's Hospital.

Court records say the medical staff reported the one-year-old had "a fractured arm, a grade three (on a scale of one-four) liver laceration, multiple skull fractures, a black eye and multiple contusions from her head to her toes." She spent seven days in the ICU.

An autopsy found Kaliyah had a large cut to her liver and spleen, causing internal bleeding. Court records say she died from "blunt trauma of the torso, head, and neck."

In a police interview, the 27-year-old mother blamed injuries on carpet burns from the children's daycare, Robindell Private School.

Eyewitness News spoke with the school director by phone, who said he was "just as shocked as anybody" to learn about the charges, calling the mother "very caring and attentive."

The director, who is cooperating with police, said the girls have attended the school for more than a year and only once did staff document an injury.

Court records show the one-year-old was dropped off with a bruised eye. When school staff alerted Mack, they say she blamed it on a fall and signed a document acknowledging the injury.

The very next day the girls were found beaten.

During her police interview, Mack admitted to having a new live-in boyfriend.

That boyfriend was not charged by the Harris County District Attorney, but instead, he was extradited to Mississippi, where he is wanted for armed robbery.