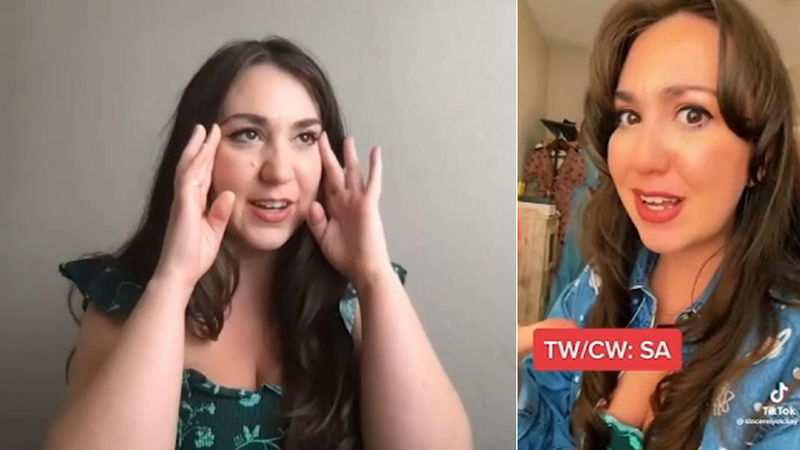 HOUSTON, Texas (KTRK) -- A woman went to Memorial Hermann Hospital after she was sexually assaulted in September 2021. Instead of closure from her attack, she received an $800 bill and she spoke out about it on TikTok.

"My first thought I was like, 'wait, I'm getting charged $800 for reporting a crime?' she said.

The sex assault victim posted an emotional and raw video on TikTok on Wednesday after getting a call from a collection agency asking her to pay the outstanding bill.

"I should not have to talk about this on public internet space, but here we go," she said.

"Last year I was a victim of sexual assault that happened on my way home by a stranger. I'm not going to go into details, it very shocking and unexpected," she added.

The woman says a friend encouraged her to go to Memorial Hermann to get a forensic exam performed.

"I'm going to, at the very least, do what I can do to make sure that this is on record," she continued. "So that if this person does it to someone else, that hopefully this is going to be a match and they could catch him."

She said the pain of that night was made worse after getting the bill which she initially thought it was a mistake by the hospital.

Leticia Manzano from the Houston Area Women's Center, says over the years, they have seen many victims being billed for the same thing.

"It's a mistake and is very unfortunate. It is triggering emotionally to the client. It's another reminder of the assault. It's insulting after the injury," Manzano said.

Manzano says victims should not be charged for forensic kits or any injuries associated with a sexual assault.

She says the mistake can be corrected, either by a member of their team or the hospital itself.

"The survivor can call the hospital and just say I got this bill by mistake," said Manzano. "'My rights as a victim of crime are that I do not have to pay for the forensic exam, and I'd like you to take care of this bill.'"

ABC13 reached out to Memorial Hermann Hospital and received a statement saying:

"We are unable to comment on any specifics of this case due to patient privacy laws. However, generally speaking, the system does not bill for sexual assault exams."

The woman said she is very thankful that she will not have to pay the bill.