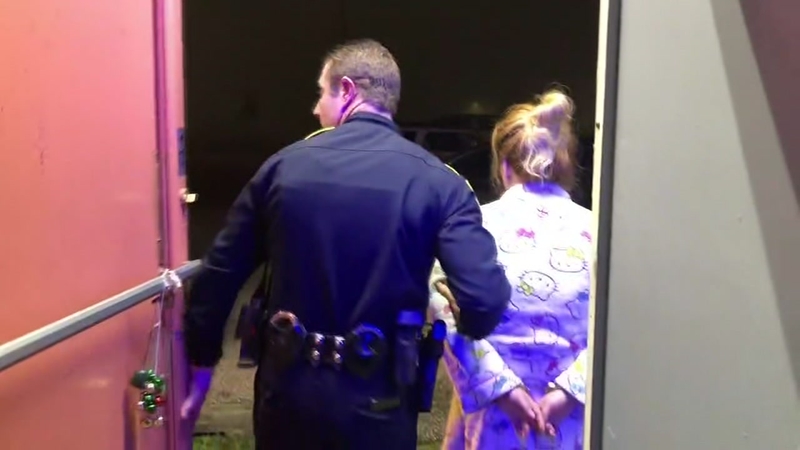 HOUSTON, Texas (KTRK) -- ABC13 Eyewitness News was with undercover officers Wednesday night as they busted alleged sex spas on the southeast side of Harris County.

Deputies with Harris County Precinct 1 Constable's Office sent an undercover officer into two spas, Emily Spa on Spencer Highway in the city of South Houston and 333 Spa on Richey in Pasadena.

Complaints from neighbors led officers to the spas. Both yielded arrests.

The officers offered $200 for sex and they say women took the money both times. They were arrested for prostitution.

With living quarters and suitcases inside the spas, the tricky part is that they can also be sex trafficking victims.

ABC13 Eyewitness News was with undercover officers Wednesday night as they busted alleged sex spas on the southeast side of Harris County.

One man, who was inside the spa, was arrested for marijuana possession.

He agreed to enter the diversion program and was let go. Deputies will review video from inside the spa. He could face charges at a later date.

Houston is a known hub for human trafficking and oftentimes it's in plain sight, on known tracks and inside seedy spas.

"I'm very passionate about this issue," said Ann Johnson, a defense attorney who represents those charged with prostitution as their advocate.

Johnson started the Harris County District Attorney's Office Human Trafficking Section and is considered an authority on the subject.

"If we got out the message that buying is not okay and the guys realized, 'Hey, this is not what I thought it was. This is not a willing participant who wants to have sex,' then I think you will see this industry dry up," Johnson said.

The officers really want those who are running the spa and massage parlors. They feel that's how they can shut them down for good.

"It's unconscionable to have somebody in modern-day slavery," Rosen said.

If you wish to report human trafficking, call the National Human Trafficking Hotline at 888-373-7888.