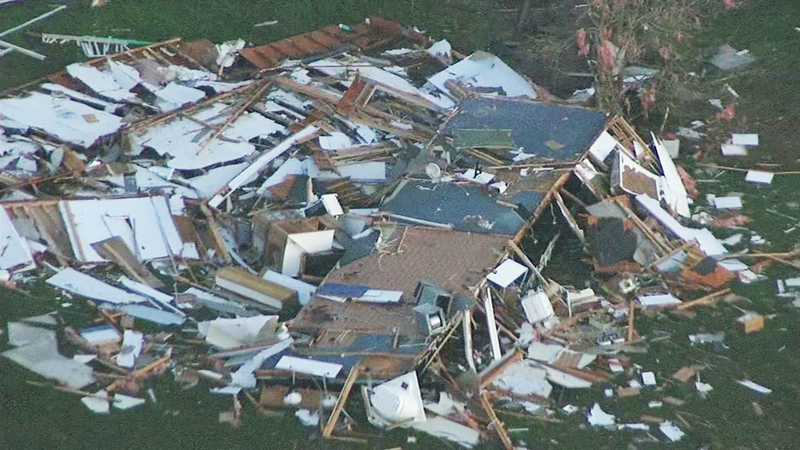 SEALY, Texas (KTRK) -- Residents in Austin County are still dealing with the aftermath of severe storms that caused major damage to homes and and businesses on Tuesday afternoon..

I-10 at Rexville Road was still shut down until early this morning after the storm downed power lines and overturned an 18-wheeler on the highway, just west of Highway 36.

Traffic was backed up for miles behind the closure on both eastbound and westbound lanes as police refused to allow drivers to go backwards to exit the highway.

"The car started shaking from the wind," said Yolanda Rico, who was stranded on I-10 for eight hours. "The rain started to hit, and couldn't see in front of us. Pulled over."

Residents are working to cleanup after a major storm hits Austin County on Tuesday afternoon.

David Mitchell, who was also stuck on the highway, said he experienced straight line winds as traffic came to a standstill.

This morning, all Sealy ISD schools and offices are closed as cleanup continues, according to the district's Facebook page. And Brazos ISD announced that they will delay the start of classes until 10 a.m.

A 91-year-old lost everything when a microbrust tore through Sealy.

At one home, we saw part of the roof ripped out and insulation strewn across the yard. There are also a significant amount of tree damage across Sealy.

Power poles were snapped in half by what authorities believe may have been a tornado touching down at Highway 36 and FM 3013, and a roof was blown off of a building in downtown Sealy.

Near the intersection of FM 3013 and FM 3538, the mangled remnants of a small building sat devastated by the storm.


At the Walmart on 300 Meyer N. Meyer St., heavy winds tossed around large trucks, turning them onto their sides and pushing them into neighboring vehicles.

George Bush Intercontinental Airport was placed under a ground stop for less than 30 minutes, and flights are experiencing delays averaging 45 minutes. Hobby Airport was minimally impacted, according to an Houston Airport System spokesperson.

If dark clouds start moving your way, check the radar on the free AccuWeather App. 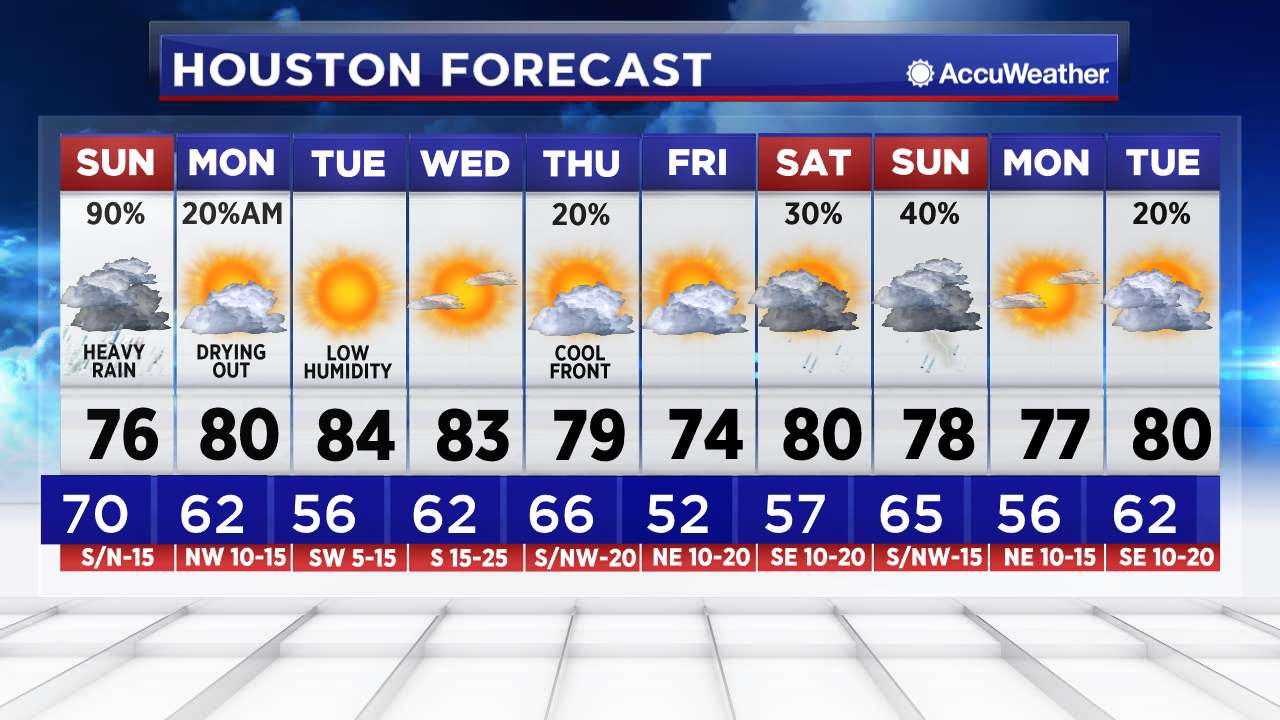