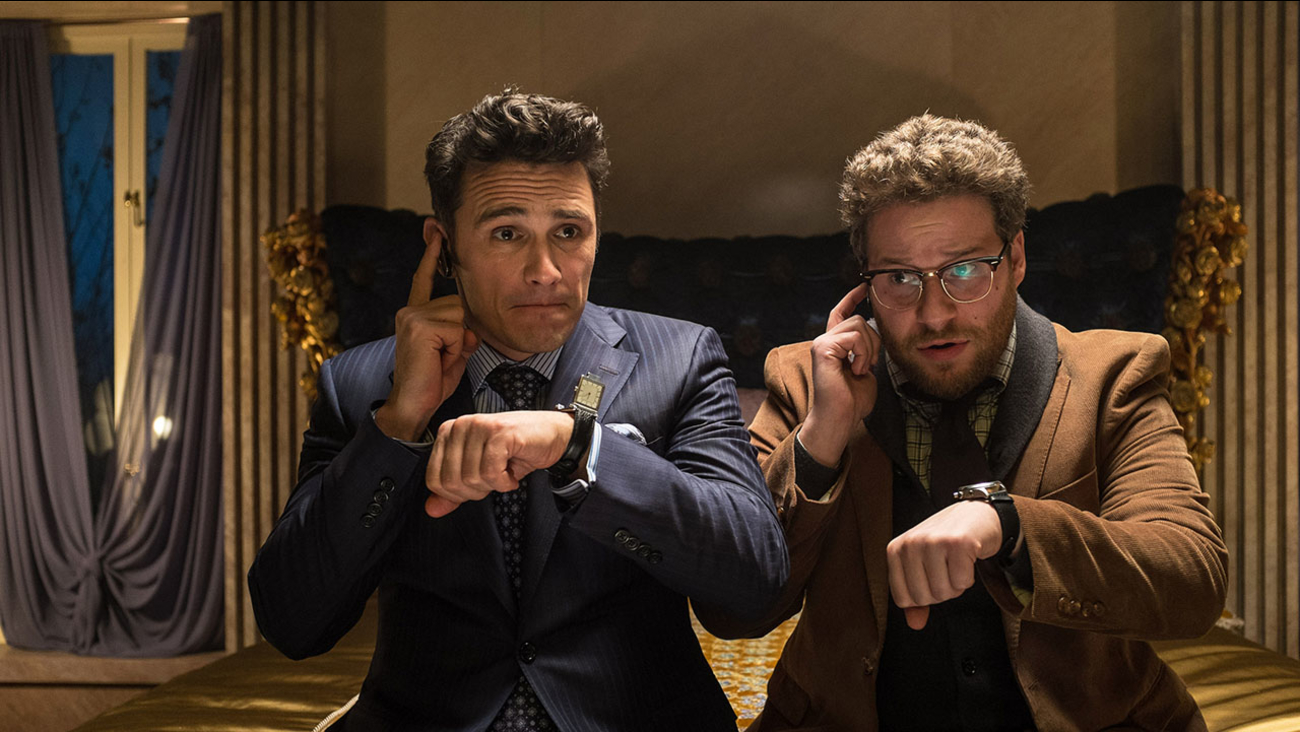 A Cincinnati native is seeking refund for $650 worth of tickets he intended to scalp for a Christmas Day screening of "The Interview." (Sony Pictures / AP)

Cincinnati native Jason Best bought $650 worth of tickets to "The Interview" after he learned a local theatre would be among those showing the film in a limited nationwide Christmas Day release. Best was hoping to profit off of the film's immense buzz after being initially pulled from an alleged cyber threat from North Korea. 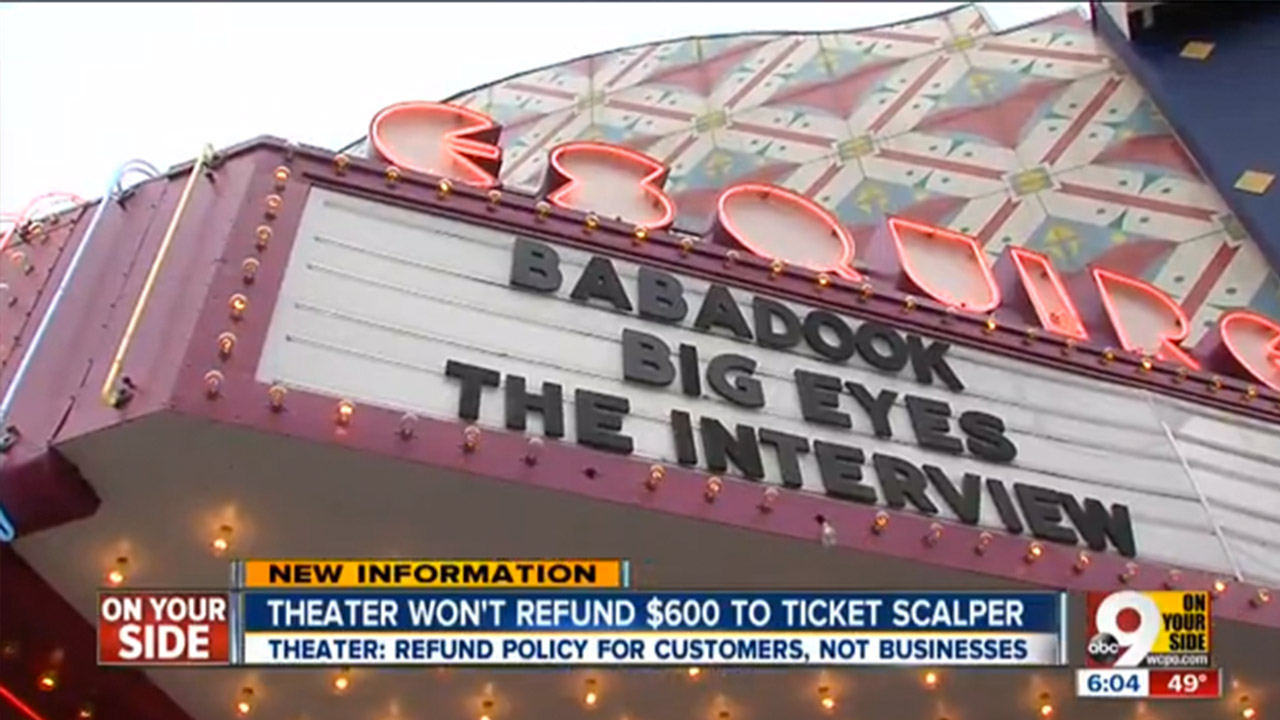 "I saw all the hype about 'The Interview' on the 23rd and thought, 'hey, folks are selling these tickets in other cities and it seems like that's the thing to do right now so why not give it a shot to see how it goes,'" Best told WCPO.

But after Sony Pictures announced that the film would be also be released online, demand for Best's tickets plummeted, leading to him trying to get a refund for his 50 tickets purchased from the Esquire Theatre in Clifton, Ohio, where the film was being shown.

"I thought I'd get my money back because the theater's website *very clearly* said the tickets were refundable," Best told WCPO via email.

Best also noted that he had contacted his credit card company to dispute the charges, claiming that the company felt he "was in the right in this situation," Best told WCPO.

The Esquire Theatre, however, doesn't have a return policy listed on their website. The theater's head manager Allyson Duncan told WCPO that the theater's refund policy operates on a case-by-case basis. Duncan noted, however, that refunds are never provided on special events, which Christmas Day's limited showing of "The Interview" was considered. Best though claims he was unaware that the theater considered the screening of "The Interview" to be a special event.

"I was never once told by anyone at the theater, that the showing of the movie was a 'special event.' Especially since any theater was able to show the film, and again, anyone with a cell phone could see it as well, for half the price," Best told WCPO via email.

Another reason that Best was refused a refund because he tried to scalp tickets at a higher price, "which is illegal," Duncan said. The company's president, Gary Goldman, noted that Best isn't considered a customer in this instance because of what he planned to do with the tickets, and that Best was a businessman who was trying to recoup a loss at the theater's expense, according to WCPO.

The theater said that they would be willing to donate the $650 Best spent on tickets to charity, but Best claimed that he isn't in a position to donate that entire amount and would like a full refund. Best, however, said he would be willing to donate $100 to charity in the theater's name.
Related topics:
arts & entertainmentcelebritymoviesmovie theatermovie newsmovie premieresony
Copyright © 2022 KTRK-TV. All Rights Reserved.
TOP STORIES
'It was like a mad dash:' Clear Creek ISD senior set to graduate
Man dead after being shot during road rage incident, HCSO says
CDC recommends wearing masks indoors, ahead of Memorial Day weekend
Scattered storms move in tonight ahead of front
Murder suspect dead after found unresponsive in cell, sheriff says
Astros fan from Spring celebrates 95th birthday with favorite team
Child hospitalized after found 'unresponsive' at Splashtown
Show More
Runner dies after collapsing at finish line of Brooklyn Half Marathon
Global K-pop sensation Seventeen kicks it in Houston in new tour
'NFTs: Enter the Metaverse' | Trailer
Authorities search ends for man with felony warrant out for his arrest
Early Voting holds off Epicenter to win Preakness Stakes
More TOP STORIES News