More than a dozen power lines topple in Seattle, trapping 2 people in car 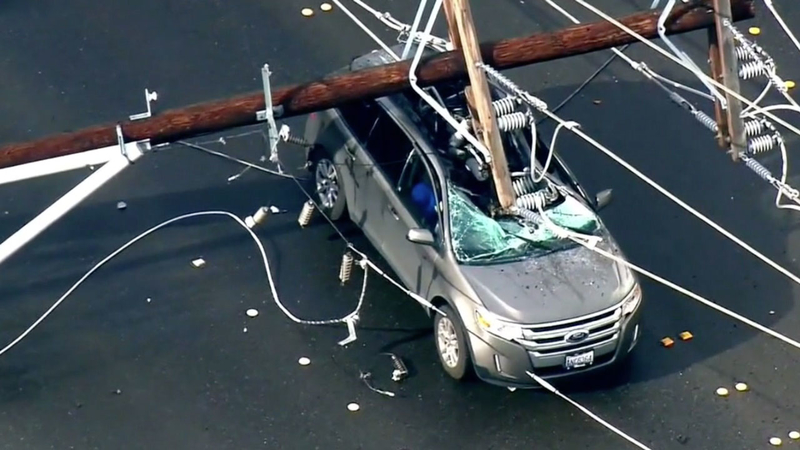 TUKWILA, Wash. -- Thousands of Seattle-area residents were left in the dark overnight after more than a dozen power lines came crashing down, trapping two people inside a car and causing chaos as witnesses nearby scrambled to safety.

The car was caught right in the middle of the mess, pinned and surrounded by a tangle of live power lines.

First responders rushed to the scene and worked desperately to turn the power off as rescuers carefully pulled the two people out of the car. Both were taken to a local hospital with injuries that are not life-threatening.

Tukwila Police said on Twitter that the power outage was reported at about 3:50 p.m. Friday, around the same time police responded to a collision on East Marginal Way South near the Museum of Flight, where hundreds of patrons were left in the dark when the power suddenly went out.

The series of downed lines stretched for more than a mile. As of Saturday morning, authorities were still cleaning up the mess and working to determine what caused the poles to fall.

"We were in the outside area and we were under the impression that it was lightning, sudden out of nowhere," witness Kimber Dale told KOMO-TV. "A storm came in. It just started pouring down rain and it seemed like there was a lightning strike that blew up the poles and traveled down."