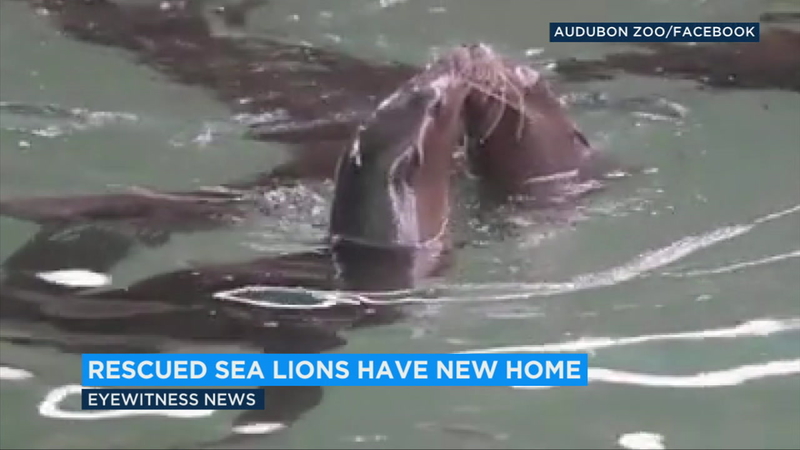 NEW ORLEANS -- A pair of visually impaired sea lions rescued from the Southern California coastline have a new home at a New Orleans zoo.

Ayah and Jolee were both malnourished when they were rescued in June.

Ayah - which means "miracle" in Arabic - was found off the Malibu coast.

Jolee - French for "beautiful" - was found on a jetty in El Segundo suffering from malnourishment and injuries.

Jolee has cataracts in both eyes. She gets around by following Ayah, who lost her left eye from a bullet in her brain. Ayah can still see with her right eye and suffered no brain damage from the small-caliber bullet.

Both sea lions were nursed back to health at the Marine Mammal Care Center in San Pedro.