KGO
By Amanda del Castillo
SAN FRANCISCO, California -- At a time when the Bay Area is blanketed in Christmas lights, Wednesday night's sky stole the show.

Bryan Louie told ABC7 News, "It was brighter than a normal cloud, especially at this time of night."

Still not 100% certain, but evidence is growing the object seen was a meteor. A meteor can create a very high level cloud called a noctilucent cloud. @NASA has a great webpage explaining the cloud formation. https://t.co/eDquECamLl #cawx

A mysterious light was spotted in the sky after 5:30 p.m., a time when most are making their way home from work.

"It looked kind of like a key almost," Louie went on to describe.

Dathao Becker was visiting the Bay Area from San Diego. She told ABC7 News, "I just thought it was a kind of weird formation."

"I thought somebody was trying to spell something out in the sky, but I couldn't read what it was," Aparna Sarma told ABC7 News. "So, I just moved on with the rest of my night."

However, the mystery light lingered on the minds of others.

A mysterious light caught the attention of many -- that mystery is now solved. Scientists have identified it as a bolide meteor.

Sky7 was flying above San Francisco when it captured this bright light.

Palo Alto resident, Ransom Soderberg told ABC7 News, "I saw a moving cloud, then it formed into a question mark. I don't know, maybe it's a sign."

While we're working to learn exactly what was visiting, or shall we say, visual, ABC7 can rule a few things out: A rocket launch planned at Vandenberg Air Force Base near Santa Barbara was scrubbed and did not happen. Also, a planned Space X launch didn't take off either.

According to the Lick Observatory-- a bright meteor was visible in the skies over the Bay Area shortly after sunset this evening, leaving a bright trail that was visible for many minutes in the western sky.

KABC, our sister station in Southern California, reports the director of the Griffith Observatory, Dr. Edwin Krupp, confirmed the light was a bolide meteor that entered the Earth's atmosphere. Krupp said the meteor can likely fit in your hand but what people saw was the compressed air around it.

Many people on social media posted photos of the unidentified light:

Anyone else see this interesting cloud feature? We saw it here at the office. #cawx pic.twitter.com/nc8xdZ5jj4 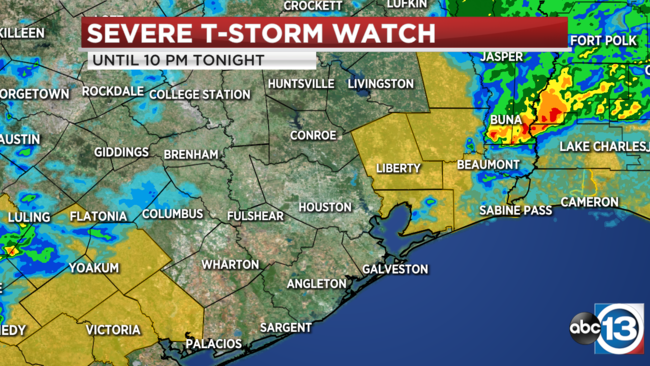 Storm causes tree to topple onto roof of Cypress home