This week is Jupiter's time to shine!

The planet will shine its brightest starting Monday night into early Tuesday morning.

This is because Jupiter will reach opposition, meaning this is the point in its orbit when it's closest to the Earth, according to AccuWeather.

"When Earth is between the sun and an outer planet, the outer planet is said to be at opposition because -- from Earth's point of view -- it is opposite the sun," AccuWeather explains. 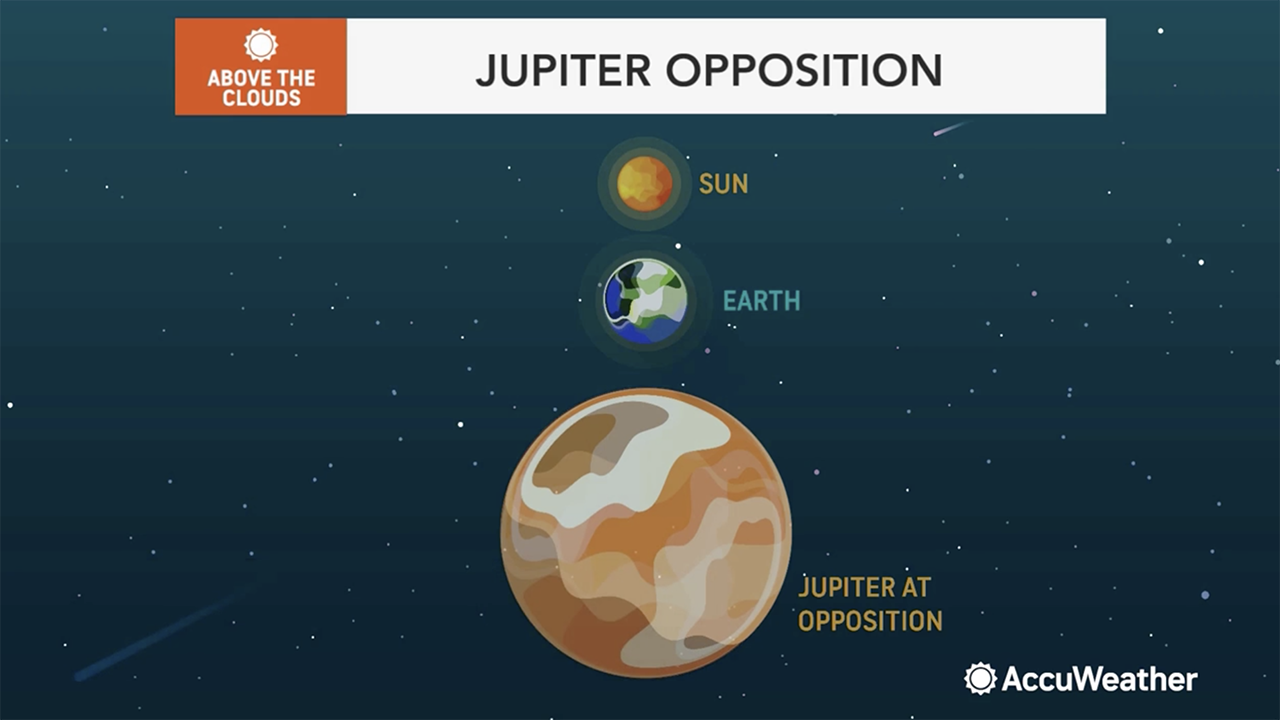 When Earth is between the sun and an outer planet, the outer planet is said to be at opposition because -- from Earth's point of view it is opposite the sun, AccuWeather explains.

The gas giant will outshine the stars -- only the moon and Venus will appear brighter.

The solar system's largest planet will be visible all night, but the best time to look for Jupiter is between midnight and 2 a.m. local time.

Clear conditions are forecasted for a big chunk of the United States Monday night, according to AccuWeather.

Jupiter isn't the only planet to reach opposition this month. Saturn, while not as bright, will reach peak visibility one week later on July 20.

July gives stargazers another celestial treat. Comet Neowise, discovered in late March, is appearing brighter as it approaches the sun. At the moment, it is brighter than Halley's Comet was in 1986.
Report a correction or typo
Related topics:
scienceaccuweatherspace
Copyright © 2021 KTRK-TV. All Rights Reserved.
ACCUWEATHER
One nation triggers storms to cool down hot days with 'cloud seeding'
Heat stroke vs heat exhaustion: What are the symptoms?
What is a heat wave? How heat waves form and temperatures climb
How to watch last supermoon of 2021
TOP STORIES
20 people found in human smuggling case, HPD says
ZZ Top bassist Dusty Hill dies at 72
Houston restaurant is ode to ZZ Top and iconic music
Man accused in 1983 murder of woman dies of natural causes in jail
Scattered rain possible Wednesday, another summer front on the way
100,000 pounds of acetic acid released in deadly La Porte incident
Acetic acid explained: What it is and how it's used
Show More
Council member slams Mayor Turner for denying him his cowboy hat
Texas deputy AG on Biles' withdrawal: 'A national embarrassment'
2 Port of Houston terminals closed after 'hardware failure'
FedEx mass shooter wanted to 'demonstrate his masculinity': FBI
You can apply for $1,500 in COVID relief money today
More TOP STORIES News