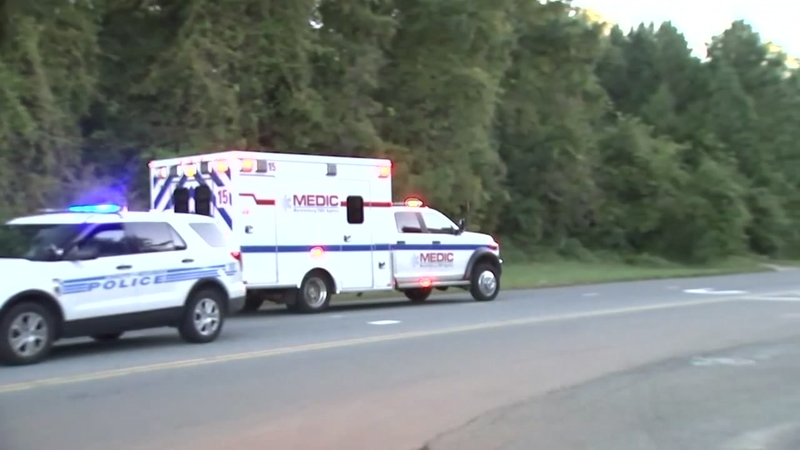 MATTHEWS, North Carolina -- A North Carolina high school student fatally shot another student over a disagreement on Monday, officials said, prompting a lockdown and a chaotic scene as dozens of parents gathered outside hoping to verify their children were safe.

The suspect was arrested quickly as investigators secured the campus at Butler High School in Matthews, about 12 miles (19 kms) southeast of Charlotte. Students remained inside with the school on lockdown for about two hours after the shooting.

The student was taken to a hospital in critical condition and later died, the Matthews Police Department said. Police described the shooting as an "isolated incident," and school officials said shortly after the shooting was reported that there was no further danger. Investigators have the weapon used.

Charlotte-Mecklenburg Schools Superintendent Clayton Wilcox told WSOC-TV that the student who fired the gun was angry with another student, leading to the shooting.

"We're incredibly sad, and we're sorry for this family," Wilcox said. "But we're also sorry for the young person who thought the only way to solve this problem was with a gun."

By late morning, school officials said that the lockdown was lifted and families could pick up students at the main entrance. Classes were proceeding for students who remained on campus. The diverse student body of about 2,000 at the school in North Carolina's most populous county is about one-third white, one-third African American and one-quarter Hispanic.

CMS ALERT: Butler High School is on lockdown after a student was shot on campus this morning. The single shooter has been apprehended and the weapon is in the possession of law enforcement.

Before lockdown was lifted, dozens of parents gathered outside of the school to await word on the students. Multiple parents told local television channels that they felt confused and unsure about where to meet with their children.

When the lockdown was lifted, television footage showed students streaming out, with many crying and hugging parents.