TEA: La Marque ISD's accreditation revoked, to be annexed by another district 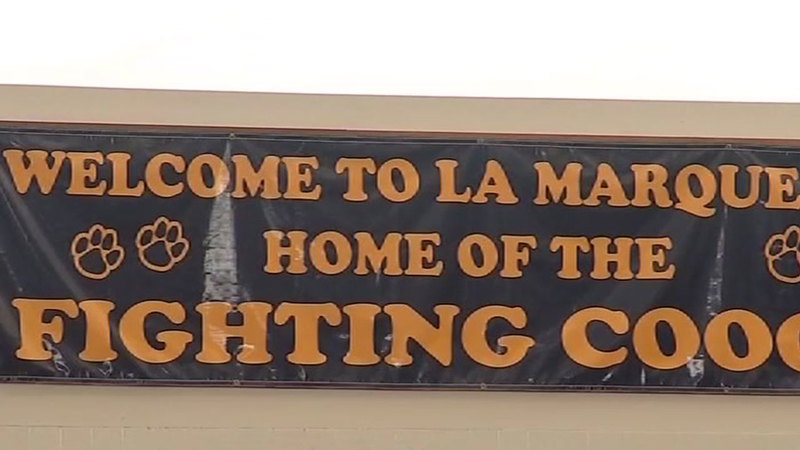 LA MARQUE, TX (KTRK) -- Officials with the Texas Education Agency confirmed Thursday that the troubled La Marque school district has lost its accreditation and will be annexed by another district.

In a letter addressed to the Board of Trustees and La Marque ISD, Commissioner of Education Michael Williams says the school district will be closed, effective July 1.

He cites the district's rating of "academically unacceptable" for 2011 and a rating of "improvement required" in the state of Texas' academic accountability rating system for 2013 and 2014.

An October review by the TEA found La Marque ISD's rating to be "substandard achievement", which lead to the accreditation status of "Not accredited-revoked" to the district.

Williams appointed Doris Delaney to the district to serve as a conservator in hopes of straightening out the on-going deficiencies found within the district.

Recently the school district has come under fire after TEA revoked its accreditation and ordered the removal of the superintendent and the entire school board.

Parents reacting to the news have mixed feelings.

"We are a small town but we have big dreams, big hearts and it's like a death, it really is," said Shondra Jackson, whose daughter attends La Marque Elementary School.

Jackson says most of her family attended La Marque ISD schools, and the end of the district will be tough for her. She says the news is not easy to explain to her daughter.

"She was like, 'What does that mean? They're closing my school? I don't want them to close my school!'," Jackson said.

Other parents are ready for the change.

"If it's going to better the kids, the teaching and everything is going to be different, then I don't see what the problem is," said Santos Bucio, whose son is a first-grader in the La Marque ISD.

No word on what district will annex La Marque ISD.

Superintendent Terri Watkins refused to comment on the current situation or the state's claims, but her office released this statement:

"On Thursday, November 12, 2015, the Texas Education Agency responded to the final review of the La Marque Independent School District regarding the accreditation status of the district. The commissioner of Education has decided to appoint a conservator to oversee the district. The communication from the agency confirms the district will be closed effective July 1, 2016. The details of the commissioner's decision are not known at this time. The La Marque Independent School District will continue to serve the children of the district for the remainder of the 2015-2016 school year. As additional information becomes available, we will keep you abreast of any further directives from the agency."