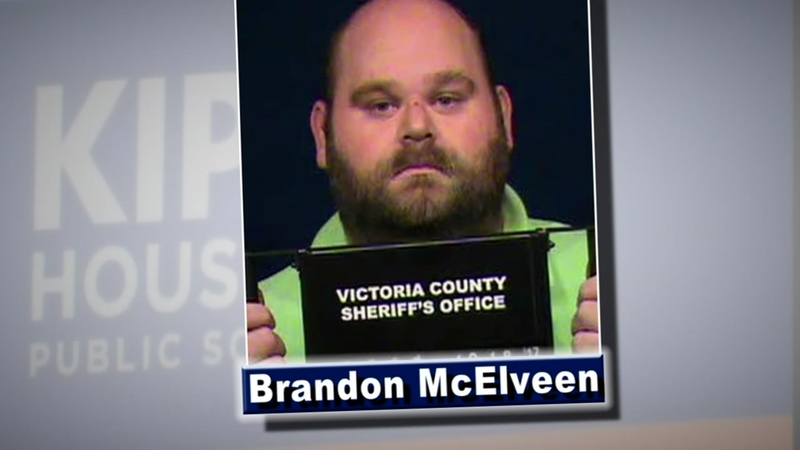 HOUSTON, Texas (KTRK) -- A former KIPP Explore Academy counselor has been charged with two additional counts of indecency with a child in Harris County, and authorities are concerned there are even more victims.

Sources tell ABC13 that there are more alleged victims and more charges are expected to be filed.

US Marshals say they arrested Brandon McElveen, 33, for a second time in Victoria on Thursday morning. He was then booked into the Victoria County jail.

McElveen, who lives in Houston and has family in Victoria, was out on a $50,000 bond for another indecency with a child sex offense. He was charged on Oct. 16 and there was a warrant for his arrest. US Marshals arrested him days later for that first charge.

Take a look back at how the events surrounding allegations against Brandon McElveen unfolded.

This marks the second alleged victim. Sources tell ABC13 there are more alleged victims beyond this, and McElveen is likely to face additional charges.

According to court records, several KIPP Explore Academy employees told police that McElveen took an 8-year-old student out of class and into his office for an extended period of time on multiple occasions.

Court records say McElveen told the child to take off her clothes so he could check for lice. He then reportedly touched the girl's private parts and had her touch his.

A former KIPP Explore Academy counselor has been charged with a second count of indecency with a child in Harris County.

As for the potential additional victims, sources say the alleged acts were committed in a similar way.

That child told investigators the incidents happened when she was in second grade.

"We are deeply disturbed by these new allegations about our former staff member. This type of behavior runs counter to everything we believe in at KIPP. Our hearts go out to any member of the KIPP community who has experienced abuse, and we encourage those who have information to contact the authorities. We will continue to support law enforcement and the District Attorney's Office in its investigation so justice is served."

KIPP Academy sent parents a letter on Thursday stating some changes it plans to implement. The school says it will now notify parents when students are removed from class for physical health or well-being. It will also install more cameras. The school will host training for students, staff and families to help them identify abuse and warning signs.