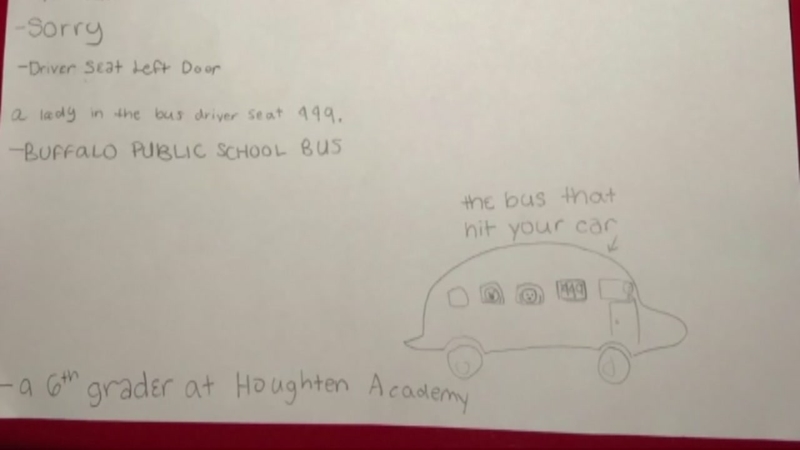 BUFFALO, New York (KTRK) -- After witnessing a school bus driver hit a car and flee from the scene, a sixth-grade student wanted to let the owner of the car know who was responsible.

Andrew Sipowicz went outside to check his vehicle after a roommate told him the school bus was stopped next to his car.

When Sipowicz got to his vehicle, he saw the damage to his 2012 Ford Mustang. But accompanying the damage was a note signed from the sixth-grader letting him know what happened.

"She was trying to pull off and hit the car," the note reads. "She hit and run. She made a dent and I saw what happened."

Sipowicz shared the note and it quickly went viral.

The student has been identified and will be rewarded for his or her efforts.

Meanwhile, the bus driver will be terminated.

Shoutout to the anonymous 6th grader for saving me a couple thousand (Bus not drawn to scale) pic.twitter.com/7aNK10xSwX