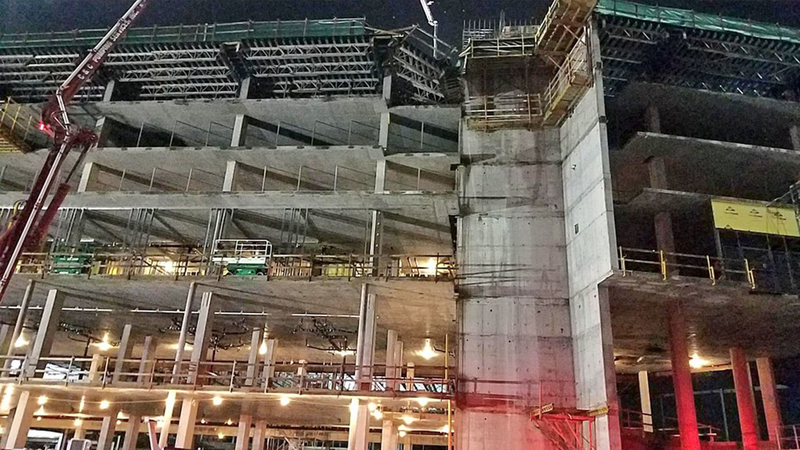 ORLANDO, Florida -- Emergency responders say two construction workers fell to their deaths when scaffolding collapsed above the sixth floor of a hotel under construction near Disney World. A third worker managed to hang on and climb to safety early Wednesday.

He says there were about 18 workers at the scene when they got the call about the accident at 4:15 a.m. They were working at the top of the hotel, above the sixth floor, where concrete is being poured. Jachles says that the support structure gave way, sending two workers plummeting to their deaths. The third worker sustained minor injuries.