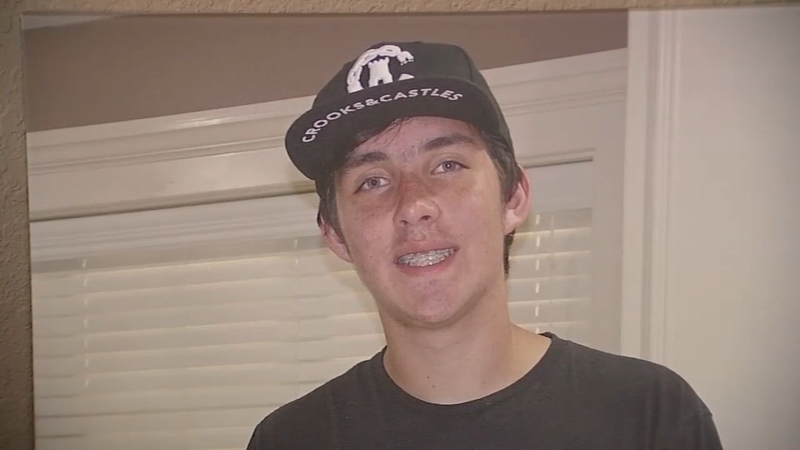 Two years after the shooting rampage at Santa Fe High School that took ten lives and injured 13, one of the students who died is being given a hero's honor.

Garcia is one of only two recipients this year.

The 15-year-old who went by his middle name, Riley, blocked the door of his first period art class in order to save his classmates.

"He actually told me about a week and a half before he passed, we were discussing him wanting to be an Army ranger, and he looked me right in the face and said, 'If I have to die fighting for what I believe in or save someone else, so be it,'" said his mother, Shannan Claussen. "He said 'there's nothing else for me.' That's it. He knew what he was here for."

Now two years after carrying out his own self-proclaimed purpose to save lives, his parents are honoring his sacrifice by creating the Christian Riley Garcia Foundation.

The new organization will fund individuals in need of sponsorship for activities and missions that Riley was passionate about, like outdoor trips, youth leagues and veteran support.

"I know he inspires me. If he inspires someone else, that's all we can ask for," said Claussen.

Riley's courage is also the focus of a documentary called "Love Thy Neighbor - the Story of Christian Riley Garcia."

Filmmaker Brandon Smith spent the summer of 2019 interviewing more than two dozen family members and friends, creating the 90 minute film to be showcased on the film festival circuit this year.

Smith is raising $5,000 to enter the film in more than two dozen festivals.

For information on how to donate to the documentary film, click here.