Teen finds purse with $10,000 inside turns it in to California deputies 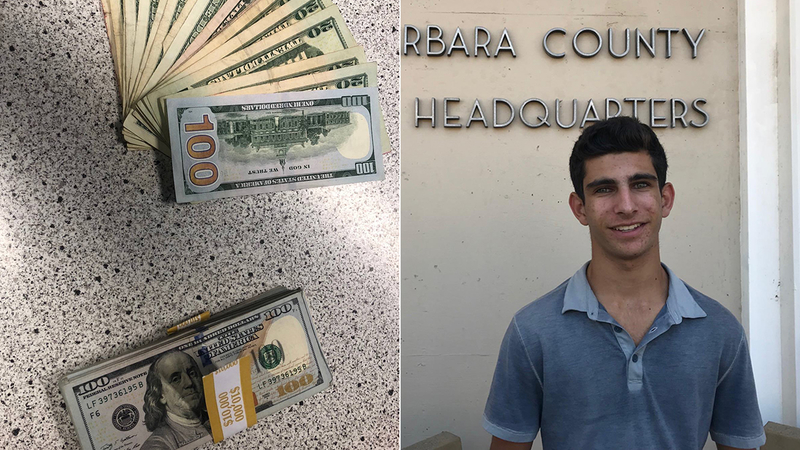 Teen finds purse with $10,000 inside, turns it in to authorities

SANTA BARBARA, California -- A teenager is being recognized for his remarkable good deed after he found a purse with thousands of dollars inside and turned it in to authorities.

Rhami Zeini, 16, was driving home from school Wednesday when he saw the purse on a street, sheriff's officials said.

After unsuccessfully trying to find the owner's phone number, the teen and his parents drove to a sheriff's station and handed over the bag with nearly $10,000 inside.

Authorities were able to contact the purse's owner, "who was very grateful, as you can imagine," and arranged to have it and the money returned to her, authorities said in a Friday statement.

"She believes she left it on the roof of her car when she drove away," the statement said.

The purse's owner gave the Laguna Blanca High School student $100 as a token of her appreciation.