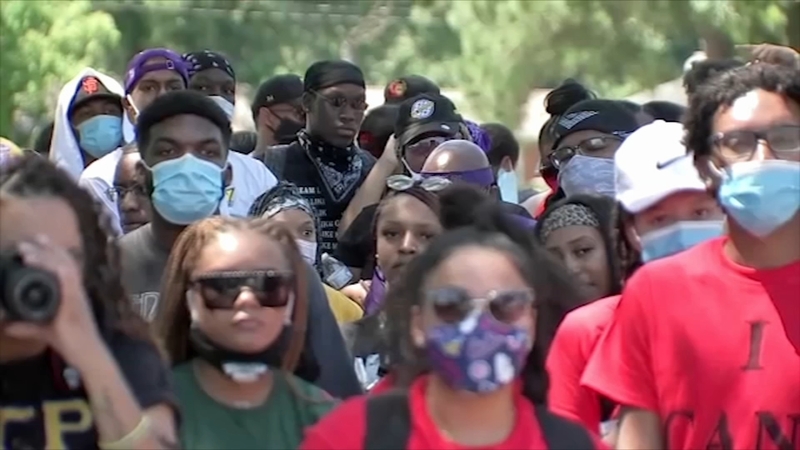 PRAIRIE VIEW, Texas (KTRK) -- Five years before George Floyd was seen on cellphone video, telling the Minneapolis police officer with a knee on his neck, "I can't breathe," Sandra Bland was arrested by a DPS trooper in Prairie View for not signaling a lane change.

She was pulled from her car and kept in jail for three days. On the final day, she was found dead in her cell. Her death was ruled suicide by hanging. The trooper was charged with perjury in his statement, and the charge was later dismissed. He was fired by DPS but never prosecuted.

There were protests and national attention given to Bland's death, but not the change in police policy that was demanded at the time.

Here is a look at everything you need to know about the Sandra Bland case.

The march was invoked in the name of George Floyd, but also Sandra Bland.

Her sister, Shante Needham, traveled from Illinois to be part of it, at the invitation of students.

"It's emotionally hard coming back here. I'm doing what my sister would want me to do, and hoping our requests and demand for action are known, and action is taken. We're marching for change," she said.

Several hundred students walked the nearly seven miles from the spot on Sandra Bland Parkway, where the arrest stop happened, to the jail, nearly seven miles away. Police blocked intersections and escorted the marchers, who used sidewalks rather than streets.