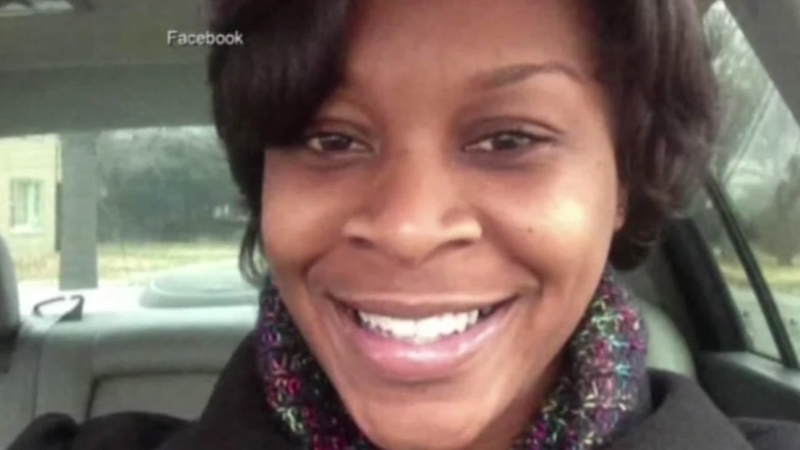 It's been 2 years since Sandra Bland's death

PRAIRIE VIEW, Texas (KTRK) -- Sandra Bland's arrest and death in the summer of 2015 captured the attention of the nation.

The Prairie View A&M graduate was due to start a temporary job as a summer program associate at the school when she was pulled over for failing to signal a lane change.

Days later, the 28-year-old was dead, setting into motion a long and emotionally charged journey for answers for Bland's family and the Prairie View community.

Here is a timeline of events leading to this somber anniversary:

July 10, 2015
DPS Trooper Brian Encinia pulled Bland over, and took her into custody on accusations she assaulted him. During her intake interview, Bland told officers she attempted suicide after the loss of a baby the year before.

July 13, 2015
After refusing breakfast at 6:30 a.m., Bland requested to make a phone call from her cell, but no call was made. Around 9 a.m., Bland was found hanging in her cell, allegedly after she fashioned a noose with a plastic bag liner.


July 14, 2015
More than 100 protesters marched from Waller County Jail to the courthouse to demand an investigation into Bland's death.

July 21, 2015
Dashcam video released from Bland's arrest shows how the traffic stop escalated into a shouting confrontation between her and Encinia.
EMBED More News Videos


Later that day, a memorial was held for Bland on the campus of Prairie View A&M University.

July 22, 2015
Glitches recorded at the 25- and 26-minute mark of the dashcam video led some people to question whether the video had been edited. DPS said in a statement the video had not been altered. Officials said they requested the FBI examine the video to ensure its integrity.

July 27, 2015
Prosecutors named a committee to review the Bland case.

August 4, 2015
A federal lawsuit was filed against Trooper Encinia by the family of Sandra Bland.

December 21, 2015
Grand jury refused to indict anyone in connection with Sandra Bland's death.

January 7, 2016
Trooper Encinia indicted on perjury charge and fired by DPS. Encinia turned himself in to the jail where Bland died after her arrest.

March 22, 2016
Encinia pleads not guilty to charge of perjury.