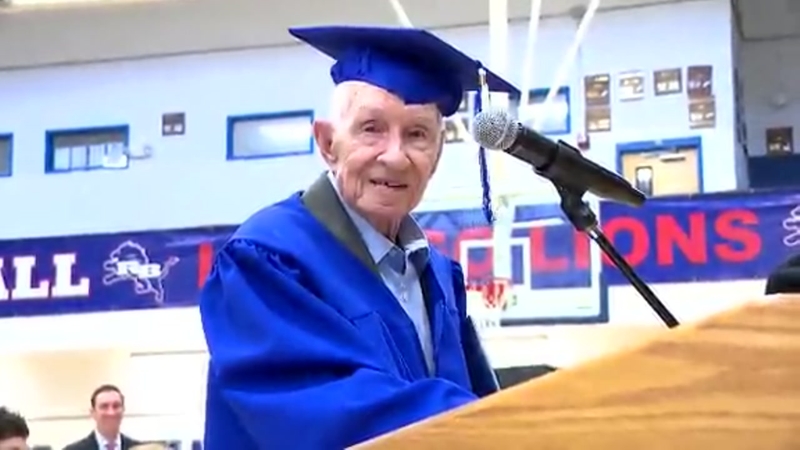 Sam Stansell dropped out of high school back in 1942 when he was a senior at Red Bank High School.

This past week, Stansell was presented with his diploma in front of current students.