KTRK
ROSENBERG, Texas (KTRK) -- On an acre of land next to the Brazos River, the slow sound of progress from Harvey can be heard.

The community of North Rosenberg in Fort Bend County was overtaken by the flood a year ago. Rose Pickens said it was the first time water made it into her home.

"The yard was flooded during the Memorial Day flood the year before. It got under the house and warped the floors, but we decided it was a one-time event, and we repaired," she said.

The house was already two feet above the ground, on pier and beam.

"According to regulations, we didn't need to raise it, but I didn't want to flood again," she said. "I wanted it to be built like a beach house."

It's taking shape now, soaring 10 feet above the ground on concrete pillars that are sunk deep in the earth. The house is the same, but elevated.

"This is the land my father owned, where I was born and raised," she said. "My family wanted to move after the flood, but it didn't make sense to sell. I want us to pass this down to our children."

Small grants and donations from non-profits helped pay part of the estimated $90,000 required to elevate the home to the extreme height.

Abandoned homes are scattered throughout the area with owners who walked away.

Sasha Cox, the director of disaster recovery for Attack Poverty, said she is not surprised by the speed at which damaged homes are being repaired.

"People talk about a new normal after a disaster, and they set a one-year timeframe. Often, it takes three to five years to do that, and in some cases, 10 to 15," Cox said.

Attack Poverty has satellite offices set up in North Rosenberg, Richmond and north Houston to help those whose homes were damaged, or if they were displaced. 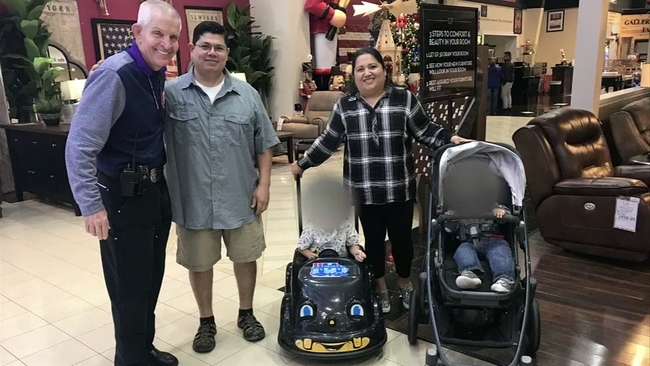 Mayor implies he wants Watson to stay with the Texans in tweet
Today's front doesn't bring much of a cooldown
Biden reversing Trump ban on trans people in military
Galveston Co.'s vaccine registration fills up as soon as it opened
Biden to sign exec order for govt to buy more US goods
Show More
Victim said he fought 3 robbers who followed him into garage
Budweiser skipping the Super Bowl for first time in 37 years
How COVID-19 unemployment could impact your taxes
Houston ISD sports and UIL events restart today
What video captured moments before Tomball woman's murder
More TOP STORIES News