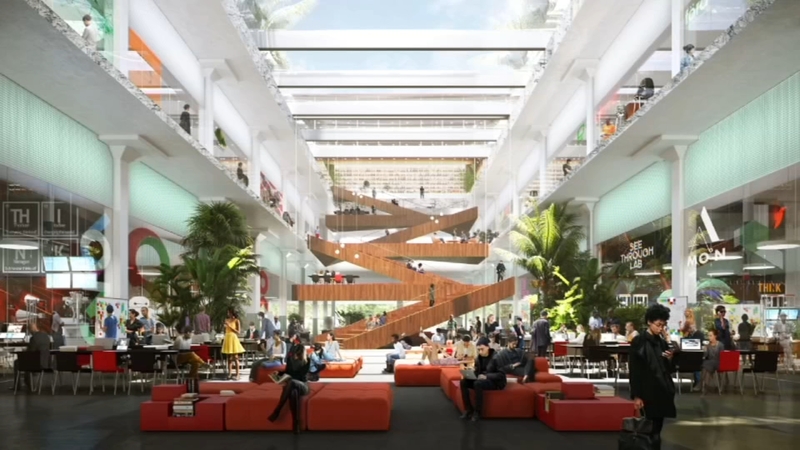 Old post office building will be transformed into a mixed use venue, with a 6-acre rooftop

HOUSTON, Texas (KTRK) -- We now know about the fate of the former Barbara Jordan Post Office on Franklin Street in downtown Houston.

The building, which is more than 550,000 square feet, will soon be home to one of the largest rooftop parks in the world.

The entire space will be re-purposed to become a mixed-use urban ecosystem.

What does that mean for you if you want to hang out there?

Lovett Commercial, who took over the property after it closed in 2015, said it will be a space for international cuisine, retail, art, music and innovation.

Lovett Commercial held a groundbreaking ceremony for the new venture on Thursday.

"We hope to create a one-of-a-kind destination in the city of Houston," said Kirby Liu, project manager for Lovett Commercial.

The old post office is now called POST Houston and was used as the venue of the Day for Night festival, which was last held in 2017.

But it also has a meaningful history.

The post office was designed by the same people who created the Astrodome.

Renderings of the redesign show an international food hall, a shopping area with a sprawling staircase and lots of areas for work space.

"Working to selectively and surgically make a series of alterations to bring additional light into the building and allow it to have a new life," said Jason Long, OMA Partner & Architect.

On the roof will sit about six acres of outdoor space called the Sky Lawn.

It will span the entire roof of the building, providing stunning views of the downtown skyline.

The project is set to be completed in the summer of 2020.

FROM THE ABC13 ARCHIVES: When the Barbara Jordan Post Office opened in the 1960s

Two clips from ABC13's archives show the post office before it opened in 1962, and after it was finished two years later.