Rep. Ron Reynolds out on bond while appealing barratry conviction 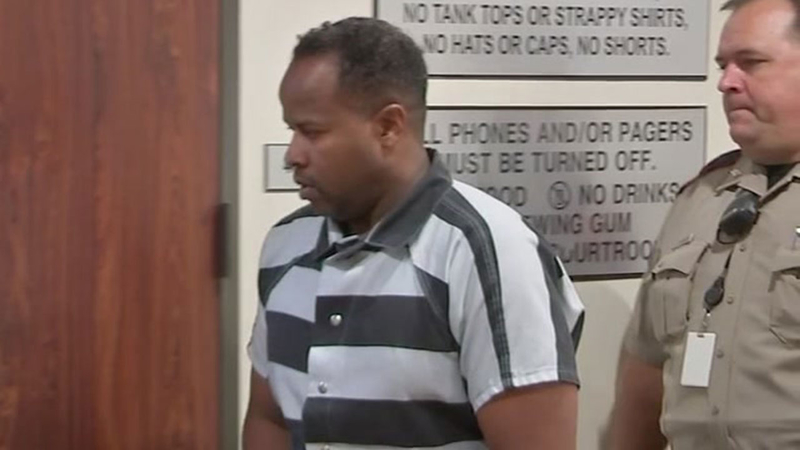 MONTGOMERY COUNTY, TX (KTRK) -- Attorney and State Representative Ron Reynolds will be out on bond as he appeals his conviction of barratry.

Dressed in a jail jumpsuit and shackled at the wrists and ankles, Reynolds got part of his wish from a Montgomery County judge. He will not have to stay in jail while he appeals his criminal charge, but he also will not be able to practice law in the meantime.

"It just seemed absurd to me that he would be convicted of barratry and then walk out of the courtroom and start representing people," Assistant District Attorney Joel Daniels said after the hearing.

A jury previously found Reynolds guilty of illegally soliciting clients for his law practice, and Reynolds was sentenced to spend one year in jail.

Reynolds continues to maintain his innocence. When asked what he wanted to say to his voters Tuesday, Reynolds said, "That I'm innocent."

Reynolds' wife Jonita said she doesn't feel like justice has been served.

"It is emotionally draining," Jonita Reynolds said, "You marry someone, you love them, and you take those vows, and this experience, to me, is my opportunity as other spouses have gone through to actually show what those vows mean. And that's what I am committed to."

Another state lawmaker and attorney, Harold Dutton, is representing Reynolds in the appeal process. He said the criminal justice system has not been fair to his client.

"This is typical Conroe justice," Dutton said, "And I don't think I have to say anything else."

"Every drop would spell racism in Conroe," Omar said.

Reynolds must pay $25,000 dollars in bond and is forbidden from practicing law while he awaits another day in court to appeal his misdemeanor offense.