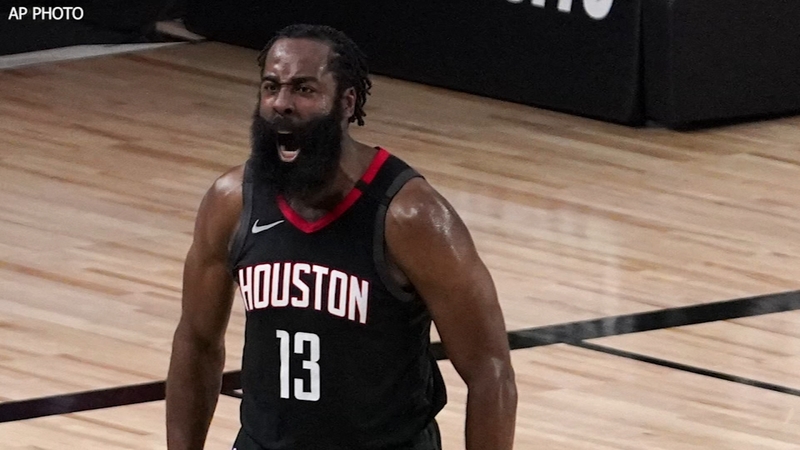 But Rockets coach Mike D'Antoni and star James Harden were quick to caution that it's only one game.

The top-seeded Lakers will aim to even their Western Conference semifinals series against the fourth-seeded Rockets on Sunday night at ESPN's Wide World of Sports complex near Orlando. The Rockets, meanwhile, will try to push for a 2-0 series advantage.

"The playoffs (are) about making adjustments," Harden said after Game 1. " ... We've got to be even better in Game 2, because the principles and the schemes and all that stuff will ramp up, so guys gotta be even more engaged."

Houston pulled away in Friday night's Game 1, outscoring the Lakers 27-18 in the fourth quarter to lead by as many as 19 points in a comfortable victory.

The Rockets continued to be paced by their committed, scrappy defense that, entering Saturday, rated as the NBA's best during the postseason.

Houston held the Lakers to 97 points, 42.2 percent from the field and 11-of-38 from 3-point distance. The rebounding numbers were even (41-41), a big win considering the Rockets are so undersized. Houston swiped 13 steals and limited the Lakers to 19 free throws (Houston had 27).

Perhaps most important, the Rockets scored 27 points off of 15 Lakers turnovers.

"Versus a team that's a 100-meter dash team, you cannot turn the ball over like that," James said. "It's just that simple. It starts with myself being the primary ballhandler and it trickles down to everyone else. So we gotta be a complete turnaround going into Game 2."

James compared the Rockets' you-can't-simulate-this speed to "The Greatest Show on Turf" iterations of the NFL's St. Louis Rams. Houston certainly did not look like a team that had just wrapped a hard-fought, seven-game first-round series against Oklahoma City two nights prior.

The Lakers, meanwhile, perhaps displayed a bit of rust following a six-day layoff after needing just five games to beat the Portland Trail Blazers in the first round.

Offensively, Harden played like a former MVP and perennial All-Star in Game 1. He scored 25 of his 36 points in the first half, and got to the free-throw line 11 times before the break.

D'Antoni said late Friday that Rockets reserve forward Danuel House, who left Game 1 with a head injury, "seems to be fine" and that he is "hoping (House will) be ready to go on Sunday."

The Lakers, of course, also lost Game 1 to Portland before winning four consecutive contests to close out that series. That's why D'Antoni and Harden were quick to caution that Friday was just one game.

But Harden said his team's confidence is high. He also rejects the "small-ball" label.