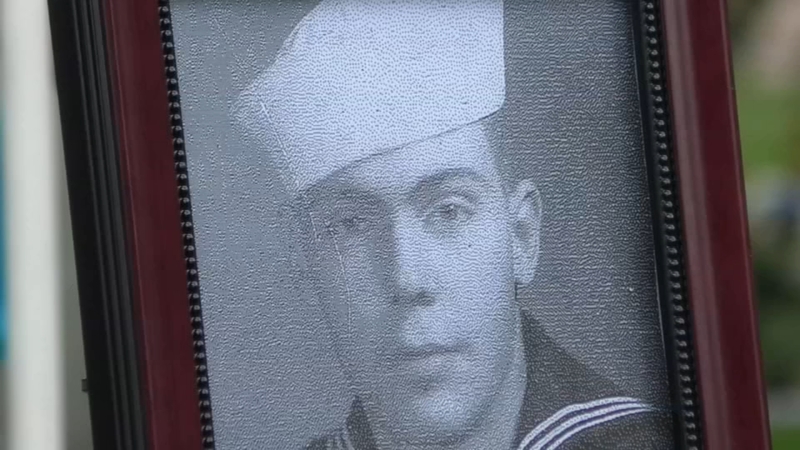 After 77 years, he is finally home.

Richard's sister Betty Perkins Thomson says, "It was unbelievable, awesome. I didn't think it would happen in my lifetime, but I am so glad it did."

It was long believed he died in the attack, but it wasn't until this year his remains were positively identified through DNA testing.

Until 2015, he was buried in Hawaii with other unknown casualties. Thomson's remains were exhumed for DNA analysis.

Thomson got the homecoming he deserved on Saturday. He's now buried next to his brother and parents.

Hundreds of people came to the ceremony to pay tribute to Thomson.

Of the 16 million Americans who served in World War II, more than 400,000 died during the war. Currently there are 72,729 still unaccounted. Thomson's name is recorded on the Walls of the Missing at the Punchbowl, along with the others who are missing from WWII. A rosette will be placed next to his name to indicate he has been accounted for.
Report a correction or typo
Related topics:
societyleague citywarnavypearl harborhomecoming
Copyright © 2022 KTRK-TV. All Rights Reserved.
TOP STORIES
Deputy hit while working accident during Jeep weekend, sheriff says
Alcohol and storms contributed to deadly crash in Asiatown, HPD says
At least 12 displaced after SW Houston apartment fire, HFD says
78,000 pounds of infant formula arrives in US
Man shot on apartment balcony; same apartment shot up earlier: HPD
Houston launches guaranteed income pilot program
'It was like a mad dash:' Clear Creek ISD senior set to graduate
Show More
Man dead after being shot during road rage incident, HCSO says
Biden pushes economic, security aims as he ends South Korea visit
Rain clearing, but still more to come this week
The Railroad Killer
Fate of 2,500 Ukrainian POWs from steel plant stirs concern
More TOP STORIES News