Racist flyers posted on the campus of Rice University 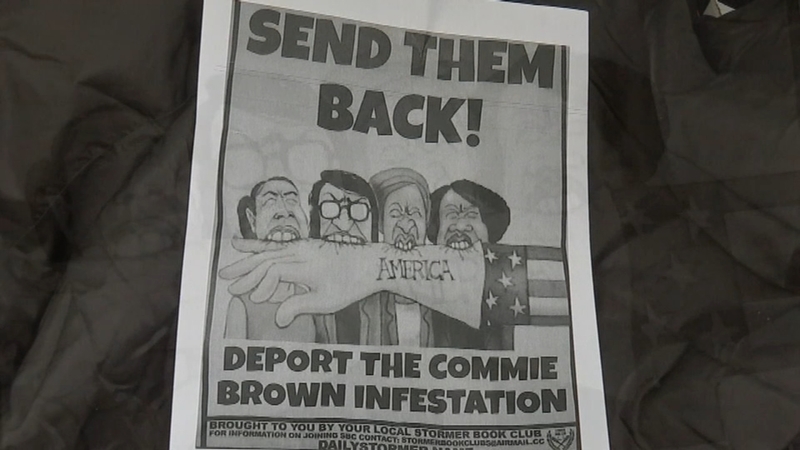 The flyers, which purport to be from the hate group Daily Stormer, portrays four Democratic women of color in a demeaning and cartoonish manner.

The flyer shows unflattering caricatures of congresswomen, Ilhan Omar of Minnesota, Alexandria Ocasio-Cortez of New York, Rashida Tlaib of Michigan and Ayanna Pressley of Massachusetts, sometimes referred to as "The Squad", biting down on an arm.

Scrawled above their caricatures, is the term "Send them back!" Below the image, the flyer said "Deport the Commie brown infestation."

Two flyers were taped at the Rice Entrance 20, off Kent Street. A third was found near a residence hall.

"Yesterday, we got a call from a staff member that said they saw an offensive posting at one of our signs entrance 20 to campus," said Rice University Police Captain Clemente Rodriguez.

"We don't want to see anyone spreading hate speech so we're definitely concerned, and we follow these trends. We want to be on top of it, and in case this foreshadows something else more serious we want to prevent that."

The flyers were quickly removed, though at least one student was able to snap a photo. The image was shared widely on social media, where Rice President David Leebron promptly responded.

"This is indeed disgusting. It would be so at any time and any place, but especially offensive just before our new students arrive. We're investigating and here's what we know so far: One person did observe a person tacking the flyer to entrance 20 and reported it to RUPD.

So far as we know, two additional such flyers have been posted on the campus and removed.

RUPD officers will be canvassing the campus to see if any others have been posted. If you see someone posting such an offensive item on Rice property, please call RUPD.

The flyer posted appears to be the same as one posted at several Seattle synagogues & churches a few days ago. These particular posters appear to originate with a neo-Nazi org.

Dena Marks, the Associate Director of the Southwest Regional Office of the Anti-Defamation League, says it's important for people to speak out when confronted with these hate messages.