Reward rises to $115,000 for tips on Austin package bombings 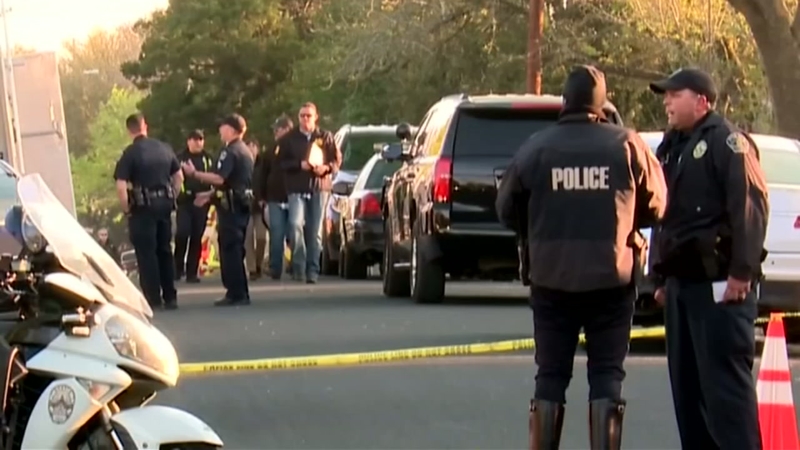 AUSTIN, Texas (KTRK) -- Nearly a week after two violent explosions that left a teen dead and two women injured, authorities in Austin are raising the reward for information that will lead them to the suspect or suspects responsible.

The package bombs that exploded on March 12 have been connected to a third incident on March 2 that led to the death of a 39-year-old man.

At a press conference Sunday, the Austin Police Department, along with FBI and ATF agents, pleaded for tips that could help them solve these cases.

Timeline of the deadly Austin packages

Investigators said in the last week, they have received 735 suspicious package calls, 435 leads and interviewed 236 people who have come forward with information.

Anthony House, 39, died from his injuries in a package bombing at his home on March 2. 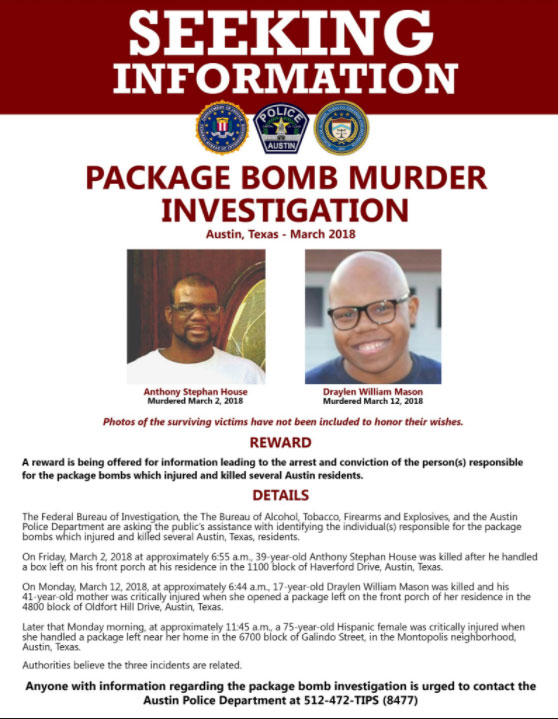 On March 12, 17-year-old Draylen Mason was killed when he and his mother opened a package found outside their home. His mother was left injured in the attack.

Later that day across town, a 75-year-old woman was injured when she also found a strange package on her porch.

Anyone with information regarding the package bombing investigation is urged to contact the Austin Police Department at 512-472-TIPS.

ABC13 reporter Mayra Moreno is live in Austin with the latest details on the deadly package bombings.

A teenager was killed and a woman was taken to a hospital with life-threatening injuries after a package exploded at a home.