Future of retail to include major shifts due to pandemic 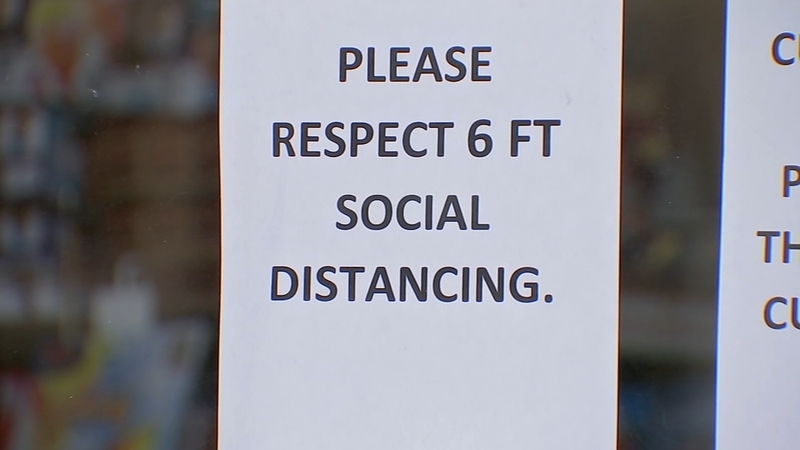 Retail has been hit hard by the shutdown, causing restrictions to the number of customers

HOUSTON, Texas (KTRK) -- The COVID-19 pandemic has changed all the routines of life, and some of those changes will influence the future.

Retail has been hit hard by the shutdown, causing restrictions to the number of customers and requiring constant attention to sanitizing at those stores that have reopened.

Houston malls have been impacted as well.

The Houston Galleria reopened to shoppers Friday, but the number of people was restricted to reflect the limit on smaller capacity. Meanwhile, Memorial City Mall has yet to reopen to shoppers, although individual stores are offering curbside delivery to those who order online and then pick up their purchases outside the mall.

Dr. Barbara Stewart is a professor of retailing and consumer science who believes malls will evolve to reflect the shift to ordering items online.

"The online orders have been about 10 percent of the store sales, but now, older consumers are buying online. Some of them for the first time," she said. "The online sales could eventually account for 25 percent of sales, and that's huge."

Nordstrom announced it will close 16 of its full-line stores, though locations have not been announced.

J. Crew filed for bankruptcy this week and Neiman Marcus is reported to be nearing a bankruptcy deal.

READ MORE: J.Crew files for bankruptcy due to COVID-19 pandemic

"The malls depend on anchor tenants," said Stewart. "The leases for other stores are based on those big stores acting as a draw for the malls. Without the anchor tenants, those leases could be negotiated down, which would impact the malls."

Examples of how a mall can go from a destination to near empty can be found around Houston. Northwest Mall once had Foley's, food courts, and a theatre. Where a department store once was is now an antique mall.

Sharpstown Center experienced a similar transformation during a downturn and as development favored the west side of Houston.

"Malls will have to evolve with the fallout from this," Stewart said. "Where stores close, medical offices could take their place. Nail salons, hair salons, service businesses, and offices. Retail is always evolving to follow the consumer and their preferences, but there will always be brick and mortar stores."

"The convenience stores that are in them served a real need for people when all the other places were closed. I think people have come to appreciate that more now."