Residents asked to move after Imelda leaves them without water 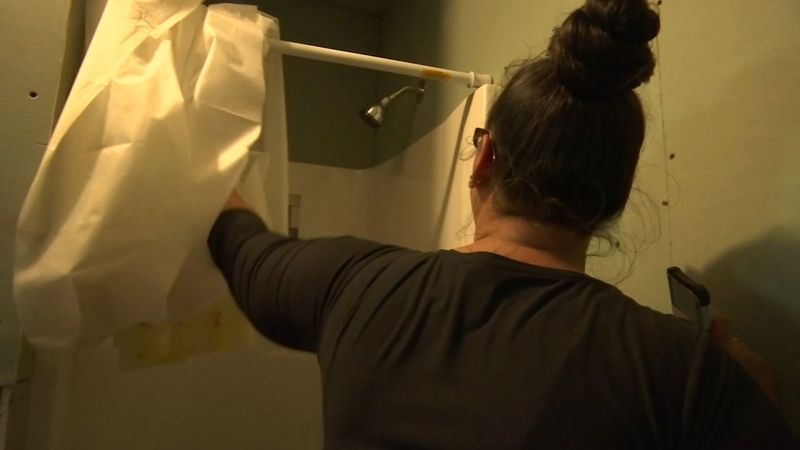 PATTON VILLAGE, Texas (KTRK) -- While some Patton Village residents have recovered from the remnants of Tropical Storm Imelda, others say they're still waiting to get running water.

"If we had water, my house would already be fixed," said Jessica Alvarenga. "We'd be home. I want to go home."

Mayor of Patton Village Leah Tarrant told ABC13 that the well serving the area was badly damaged during Imelda. She says the location of the homes is in a flood way that is close to Peach Creek. Tarrant adds that repairing the well makes no sense because it's likely to flood again.

Instead, she urges residents to take buyouts and relocate. The city provided a space for people to take showers and get bottled water.

Alvarenga says her home is just a shell of what it used to be. Her home took in water during Imelda, and she and her family have not been back since.

Her family of five is now living with her mom, because in addition to storm damage, they still have no running water.

It's an issue impacting a handful of people living along North Lakeview Drive.

READ MORE: Some Patton Village residents told it could be months before running water restored to their homes

"The water well took excruciating damage, electrical damage, and that just wasn't worth fixing for us residents here because we are in a flood way," said Alvarenga.

Next door to Alvarenga lives Gary Duncan, who says he's experiencing the same problem and also has no running water.

"I had to spend a couple hundred dollars to get it, and I had to buy a submersible pump to go into it," he said.

Duncan had to create his own system outside of his home to keep the water flowing for his family, and after six weeks of hauling water, he says he has had enough.

"If you think running water is a necessity that you don't need, just go a couple of days without and you will no longer take it for granted," said Duncan.

Water might be flowing again by the weekend, according to Tarrant, who says an emergency drill will tap residents into another nearby well.