KABC
By Veronica Miracle and ABC7.com staff
MOUNT BALDY, California -- Following an intensive search, rescue crews have found a pair of hikers alive who had been missing on Mount Baldy since Saturday.

Eric Desplinter, 33, of Chino Hills and Gabrielle Wallace, 31, of Rancho Cucamonga had gone missing Saturday afternoon as they were heading toward Cucamonga Peak.

They were finally located Wednesday evening and a rescue operation was launched to get them off the mountain. The pair was flown to the Mount Baldy fire station for medical evaluation and to be reunited with family members.

Appearing healthy, Desplinter spoke to reporters overnight and shared his gratitude toward his rescuers.

"We're very grateful to be found tonight. I'm ready to get to bed and get some rest," he said.

When asked how the pair survived, Desplinter said they rationed food.

#BREAKING: Both missing hikers, who got lost on Mt. Baldy for FIVE days, have been reunited with family. Eric Desplinter says they rationed food to survive. @ABC7 https://t.co/GNbSgeeZ1r pic.twitter.com/4jgEd6t4DV

"We rationed our food, drank water through a life straw, kept as warm as possible."

He added that he and Wallace lost the trail, had a slip while going to Cucamonga Peak and decided to descend through a valley that was more treacherous than they had anticipated.

The San Bernardino County Sheriff's Department said the rescue began when a search team in Cucamonga Canyon found two sets of footprints and began following them. The search team alerted the command post and provided coordinates for a helicopter to fly over the area. The aviation crew then spotted a camp fire and the two missing people.

Desplinter and Wallace had set out earlier Saturday with a group of four people, but two of them turned back halfway through out of concerns about the danger of the trail.

Missing hikers are being flown to Mt. Baldy fire station for further evaluation, and will be reunited with family and loved ones there.

Desplinter and Wallace decided to continue on toward Cucamonga Peak. When they didn't return that evening, a search effort was launched.

They had been described as experienced hikers carrying equipment such as spiked shoes and ice axes, so authorities had remained hopeful about their survival on the mountain even as there was no sign of them.

Dozens of members of search-and-rescue crews had been combing 19,000 acres of the mountainous area by ground and air since they were reported missing.
Report a correction or typo
Related topics:
californiamountainshikingsearch and rescueu.s. & worldmissing person
Copyright © 2021 KABC-TV. All Rights Reserved.
RELATED 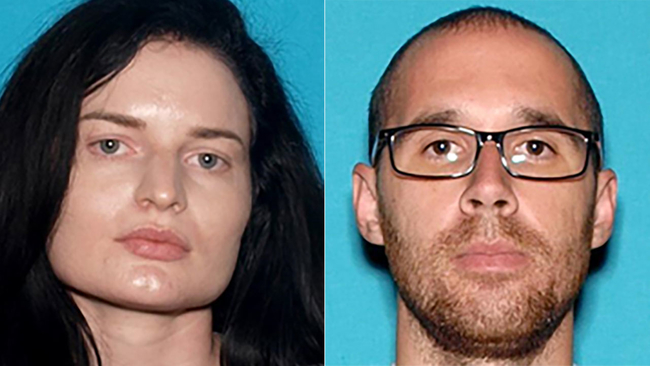 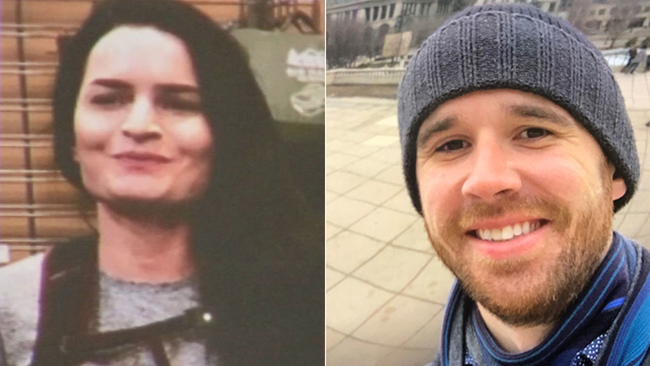