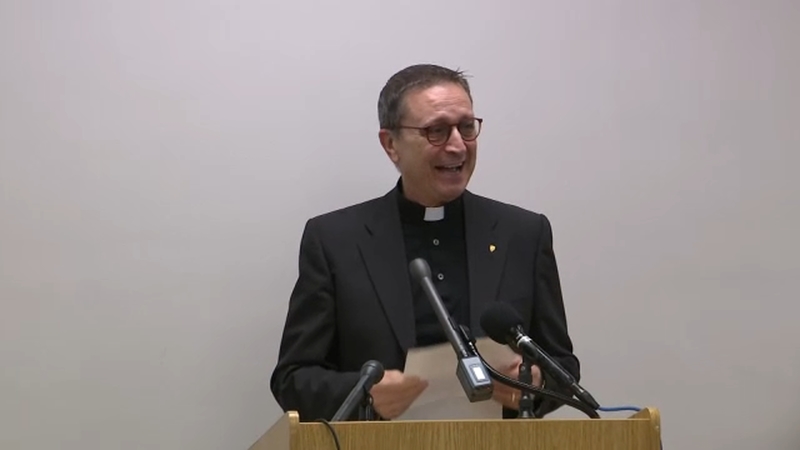 HOUSTON, Texas (KTRK) -- A longtime figure within the Archdiocese of Galveston-Houston is taking the reins as Cardinal Daniel DiNardo's No. 2 bishop.

As auxiliary bishop, Dell'Oro's duties include supporting DiNardo's administrative and pastoral needs of the archdiocese.

Dell'Oro was recently named vicar general ahead of his appointment by Pope Francis. According to the archdiocese, he has served as a priest for almost 40 years, 30 of which were in the Houston area. Dell'Oro first arrived in Houston from his native Italy in 1992.

"In all of his years in Galveston-Houston, Bishop-elect Dell'Oro has been a genuine, pastoral presence to the many people and cultures of our great region, along with being a mindful ambassador to the wonderful religious orders and communities in the area," Cardinal DiNardo said of Dell'Oro, who has also served as Vicar for Clergy and the Secretariat Director for Clergy Formation and Chaplaincy Services since 2015.

As part of the announcement, the archdiocese stated Dell'Oro was not familiar with Houston, especially after coming from a region of Italy with high elevations.

"When I came to Houston I started looking for mountains, (but I was) excited to have found near Assumption Church the street named 'W. Mount Houston,'" he said.

Dell'Oro's appointment is coming in the midst of challenges and controversy faced by the largest Catholic diocese in Texas and the fifth largest in the U.S.

There are approximately 435 priests serving the Archdiocese of Galveston-Houston.