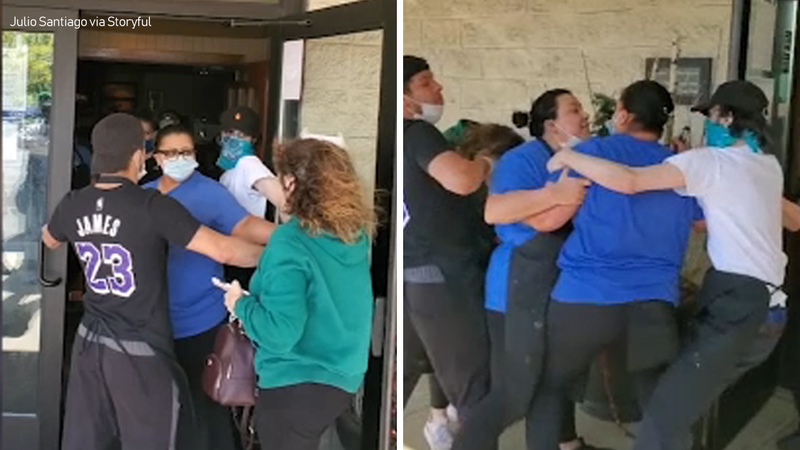 YORK, Pennsylvania (KTRK) -- A viral video from Mother's Day shows an irate customer who got into a physical altercation with employees at a Pennsylvania Red Lobster.

Now, viewers online are debating who was truly in the wrong.

You can watch the full video filmed by local resident Julio Santiago above.

The woman, who identifies herself at Kathy Hill in the video, said she was pushed out of the restaurant after she went inside demanding a refund because of long wait times.

The location was take-out only, and customers were not allowed inside.

Another patron in the video can be heard commenting that they had been waiting for their food for three hours.

After Hill was pushed out of the restaurant, video shows her start swinging and cursing at employees as she demands a refund. A brawl broke out while others tried to deescalate the situation.

Police responded to the scene but no arrests were made.

A letter from CEO Kim Lopdrup about Mother’s Day. pic.twitter.com/wgMqX4e84I