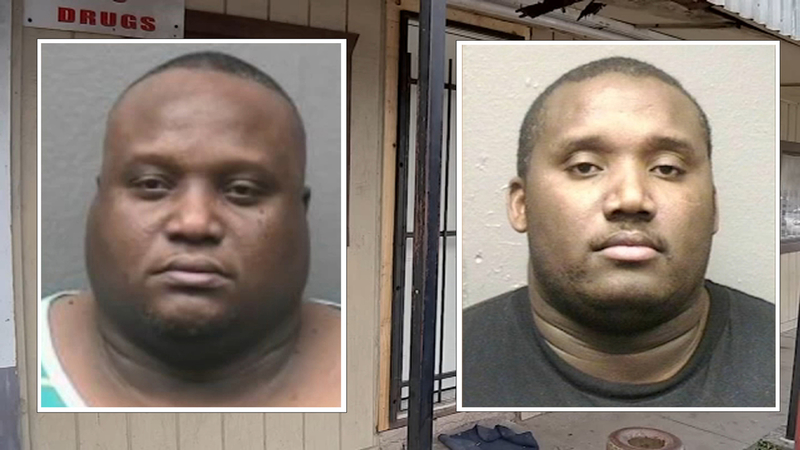 HOUSTON, Texas (KTRK) -- Authorities are searching for a recording studio owner accused of trafficking teens and assaulting them, according to court records.

Otis Berry, also known as "Big Face Tulu," is wanted on warrants for sexual assault of a child and human trafficking.

On June 14, Harris County authorities received a call about a 16-year-old runaway who had possibly been trafficked. Harris County Sheriff's Office deputies interviewed one of the victims, who stated that she and another 16-year-old, who she had run away with, were forced to have sex with the suspect and another man, Tyrone Berry.

The operator of a studio is accused of compelling teens into prostitution.

The victim said the girls were forced to work as prostitutes for food and shelter by four different men. She said they got a ride from two unknown men after "working" for them for two days.

They were left at a motel when they met both Tyrone Berry, who introduced Otis Berry as his brother. The victim said Tyrone Berry worked the front desk of the North Villa Inn on the North Freeway.

He rarely gave them food or water but would give them drugs described as "X-Os," weed and alcohol, the documents state.

Court records say the victim stated that, in exchange for them staying in the recording studio, they were required to have sex with Otis and his customers who went to the studio to buy drugs. Court records also say that Tyrone Berry, also known as "Big Mike," would come to the studio, pick up the teenage girls and told them to take care of (have sex or oral sex) with his male family members. One of the victims said that "Big Mike" told them that if they did what he wanted them to do, then he would give them food.

He then dropped the victims back off at the recording studio where they say they were threatened not to leave. The two teens said they were complaining of not having food and this upset the brothers, so they dropped them off at a Walmart. The victim then called police.

Tyrone Berry, who also faces the same charges pinned on Otis, has been booked into Harris County Jail.