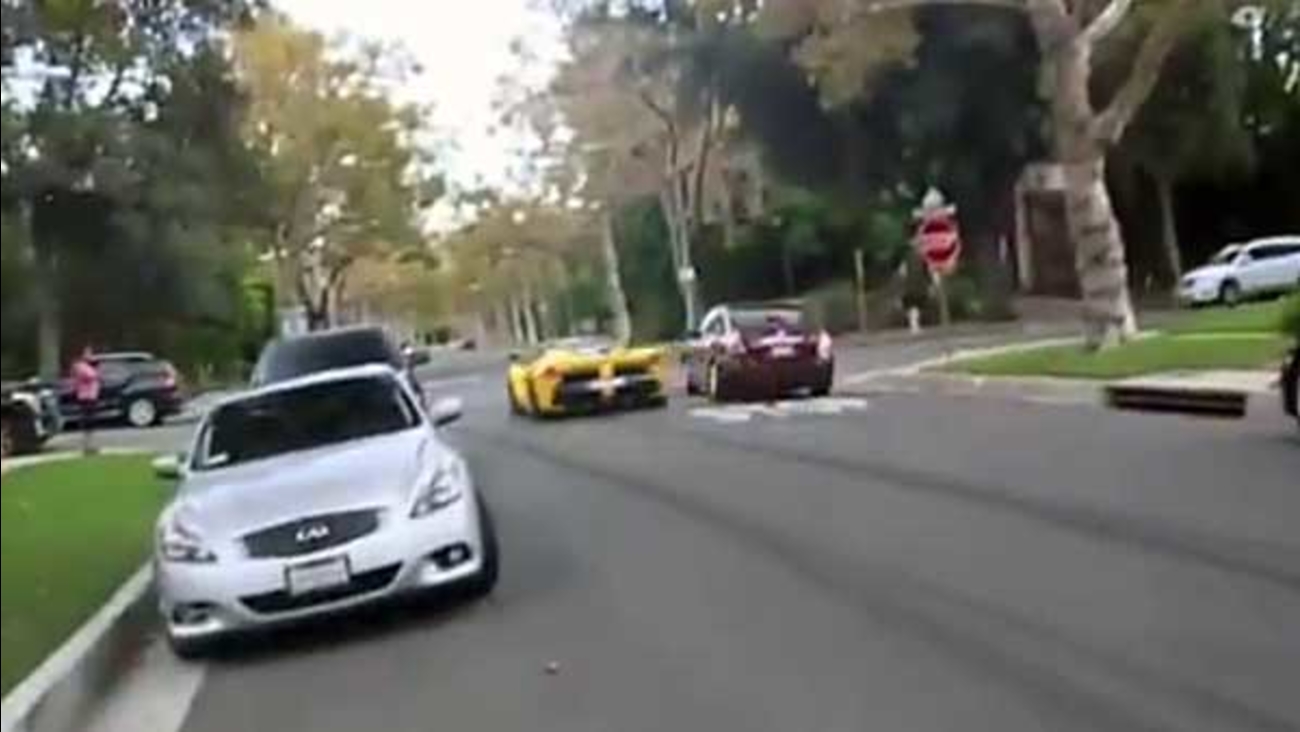 BEVERLY HILLS, CA -- A Middle Eastern sheikh who allegedly said he owned a Ferrari caught on film speeding through a Beverly Hills neighborhood apparently has raced out of town, police said Thursday.