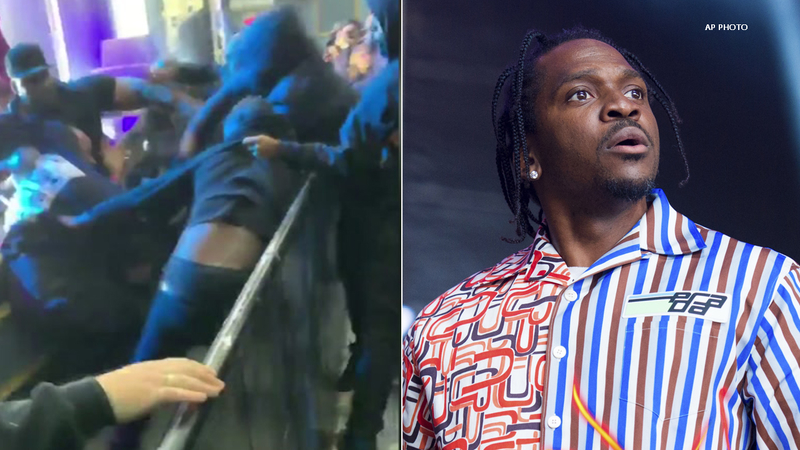 TORONTO, Canada (KTRK) -- Fists started flying after people in the crowd threw some kind of liquid and cups at rapper Pusha T during his sold-out show in Toronto.

Several people tried to rush the stage as he performed at the Danforth Music Hall Tuesday night. The men didn't make it to the stage and instead, clashed with members of Pusha T's security team.

One fan tweeted that the show ended after 40 minutes. Another said that Pusha T did come back, only to be escorted out again.

This was the rapper's first show in Toronto since his feud with Drake. Toronto is Drake's hometown.