'You can't kill nobody and get away with it:' Parents upset over probation for boy who fatally shot son 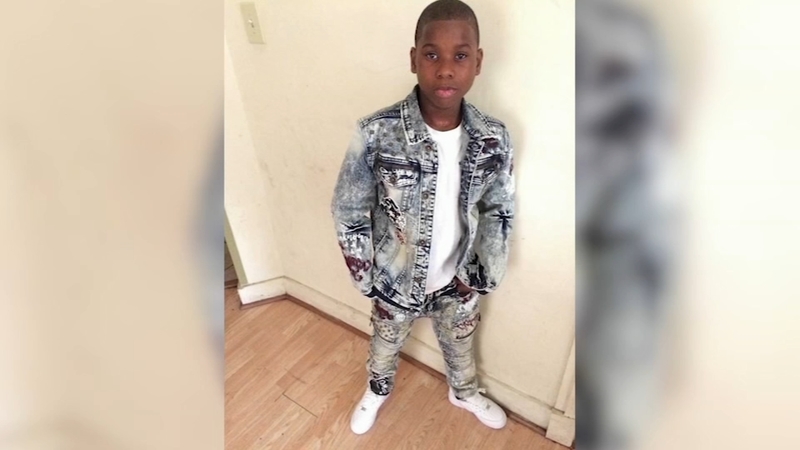 CHICAGO, Illinois -- The last several months have been an emotional roller coaster for the family of a 13-year-old boy who was fatally shot by a friend while sitting inside his sister's bedroom.

Deon Williams' family initially forgave their son's killer, but then they changed their minds after new information cast doubt over whether the shooting was unintentional.

On Wednesday, a judge agreed to a plea deal reached between prosecutors and defense attorneys, but Williams' parents made it clear they don't believe justice has been served.

The now 15-year-old boy who killed their son received three years of probation, but no jail time.

The sentencing comes nearly six months after Williams' 10-year-old niece, who was inside the bedroom when the shooting happened, described the incident in chilling detail.

"He put the gun to me first because I didn't want to lend him my phone. And the way he did it to me, I guess there were no bullets in it or anything," DeShawnti Hillard said in March. "Then I went to the bathroom and when I came back, I sat down and was on my phone. And I heard Deon tell (him) that he was not playing with him. And (he) was like, 'I'm not playing with you either' and he shot him."

RELATED: 'He put the gun to me first': Young girl describes how 13-year-old boy was shot by friend in chilling detail
EMBED More News Videos

The victim's 10-year-old niece, who was inside the bedroom when the shooting happened, described the incident in chilling detail.

"This was serious," he said. "You can't kill nobody and get away with it."

Perez told the boy sentenced Wednesday, "Your suffering isn't one tenth of what this family is enduring. Accidental or not, you can't undo these moments of stupidity."

Williams' parents initially didn't want to see the boy who killed their son punished. He was charged with involuntary manslaughter and felony aggravated unlawful use of a weapon.

RELATED: Boy, 14, charged in fatal shooting of boy, 13, in Englewood

After the young girl's first-hand account and the realization that their son had been shot in the back, Williams' family members changed their minds.

As the juvenile case has gone forward, Williams' father said they've received numerous threats, including their home being shot at twice.

"I can forgive, but I can't forget," Williams' father said. "Right now, it's going to be hard."