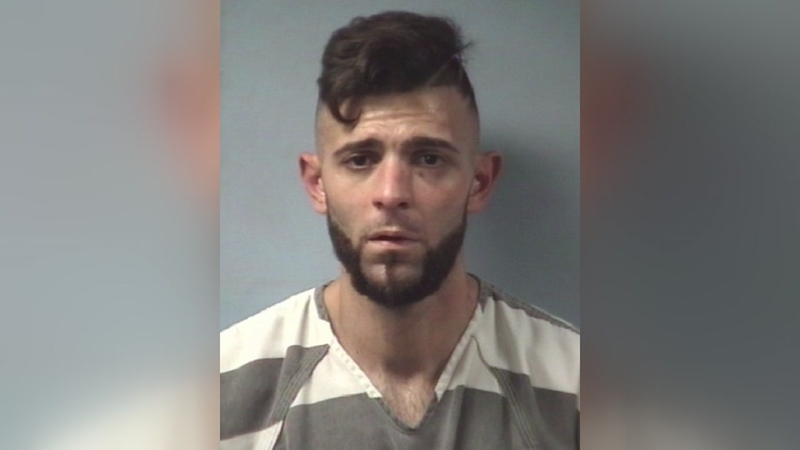 Police search for burglary suspect who escaped while escorted to jail

FRIENDSWOOD, Texas (KTRK) -- A manhunt is underway after an inmate escaped while being transported to the Harris County Jail in downtown Houston.

Friendswood police are searching for an inmate Khaled Abdelrahman Azzeh, 31.

At about 3 a.m. Sunday, Azzeh was being taken into the Harris County Jail inmate processing area when he pushed the female officer escorting him and ran off on foot. He is still in handcuffs and wearing a jail uniform shirt.

The Friendswood officer and a Harris County jailer pursued Azzeh on foot. Harris County Sheriff's deputies and Houston police officers, including a K-9 unit, searched the area but Azzeh was not found.

Friendswood police said Azzeh was arrested around 4:30 p.m. on Saturday when a resident in the 3500 block of Arezzo Circle reported Azzeh as a suspicious person, opening vehicle doors and peering into windows. He ran from police and was charged with evading arrest and booked into the Friendswood City Jail.

Azzeh was already out on a $15,000 bond in Harris County for felony vehicle theft. A warrant charging Azzeh with escape is pending.