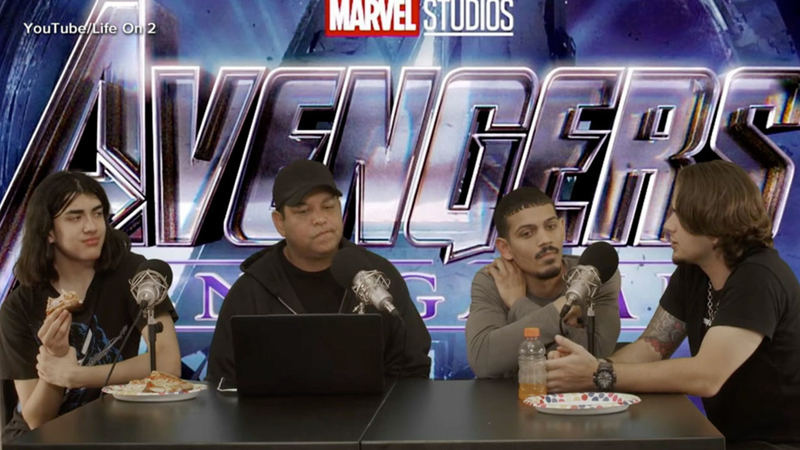 Michael Jackson's two sons are back in the public eye in a fun new way: The brothers are launching a movie review channel. Their first video reviews what may well become the biggest movie of all-time, Avengers: Endgame.

It's the first time Michael Jackson's youngest child, Prince Michael Jackson II, has been in the public spotlight in years. The 17-year-old has long been known publicly by the nickname Blanket, but he now goes by Bigi.

The video features Bigi, his older brother (who goes by Prince) and their cousins, Taj Jackson and James Sutherland. Prince posted the review to his own YouTube page, writing on Instagram that the group has plans to launch a separate channel.

The video is casual and organic, with the hosts backtracking more than two minutes into the review to introduce themselves. Shortly after, they pause the video because their pizza has been delivered.

During the 44-minute review, the group raves about the epic 3-hour film.

"Best movie of my life," Prince said. "In the past two decades that I've been graced here on this planet, best movie I've seen."

Bigi said he refused to watch trailers and tried to avoid spoilers. He also re-watched the Marvel Cinematic Universe movies in prepartion for seeing Endgame.

"If you watch all of them, it's literally a trillion times more rewarding," he said.

Prince, whose real name is Michael Joseph Jackson Jr., is the eldest child. Michael Jackson had one other child, 21-year-old Paris.

Prince celebrated his college graduation just last week. T.J. Jackson, the cousin who served as Prince's guardian after his father died a decade ago, posted on social media about how proud he was, writing, "Prince, it's been a long road but you did it. Keep learning, keep growing and keep giving back!"

The Walt Disney Company is the parent company of Marvel Studios and this station.