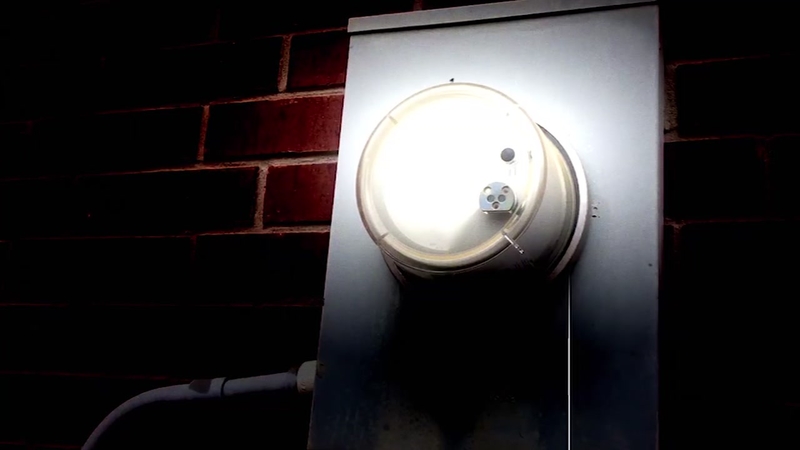 MONTGOMERY COUNTY, Texas (KTRK) -- For months, a Montgomery County woman has tried to rent her apartment on Lake Conroe. With no luck.

The one benefit was a really low electricity bill since no one was using the place. But Entergy, the power company there, thought it was too low and found a way to charge the woman more.

This may be record time to solve a problem, not for property owner Rhonda Salveski, though. She worked for weeks and called Entergy 16 times.
But once we called - it took less than 3 and a half hours.

Salveski owns a place up on Lake Conroe that she rents. The four bedroom, two and a half bath home is minutes from Lake Conroe and rents for less than $2,000 a month, but it's been vacant for eight months.
"I don't want it vacant," Salveski said. "I want somebody nice in there."

All the photos online show the vacant place. Since no one was living there, the power usage was so low - some months her meter registered a zero.

"I've had nothing on in there - no washer dryer, no lamps, no furniture, there is nothing."

It was apparently so low Entergy thought it was a broken meter. They changed it out and added thousands of dollars to her bill - calling it a "corrected amount". Once that was done, Salveski owed more than $1,500.

"Do you think the meter was broken?" asked Ted Oberg.

"I don't think the meter was broken at all," Salveski said.

She called and called Entergy trying to get it corrected. There were at least eight calls to Entergy. On the eighth, she reached out to us and that got results.

"You changed it and got involved and put your name in it," Salveski said.

Entergy lowered that $1,500 bill to $113, the amount before the so-called corrections.

Telling us, "we looked into the customer's complaint and have been able to verify the information provided by the customer. An adjustment will be made, with any amount due reverting to the original amount of the bill."

Her next step was to complain to the public utility commission - the state agency that regulates electric companies here in Texas.

If you have a problem with a utility in Texas, you can file a complaint too. Visit the Public Utility Commission website and follow the instructions to file a complaint.

Have a tip for Ted Oberg? A problem to solve? Get in touch with us on our tip page, or send a tip below. (On mobile? You can open our form by tapping here.)
Related topics:
home & gardenhoustonelectricturn to tedconsumerconsumer concerns
Copyright © 2021 KTRK-TV. All Rights Reserved.
TURN TO TED
Daughter Turns to Ted after mom's washer repairs stalled for months
Woman Turns to Ted for refund help after winter storm canceled trip
Mail service restored after 5 months when couple Turns to Ted
Couple Turns to Ted after hotel cancels trip over pet policy
TOP STORIES
Texas officials promise 'lights will stay on' this winter
Human skeletal remains found in front of home in NE Houston, HPD says
Record highs ahead of strong cold front this weekend
Brazosport ISD parents claim district lax on bullying
'This is not a joke': Klein ISD student expelled after online threats
Rockets put win streak on the line in 3rd Harden reunion of 2021
Texans coach cites 'standards' in releasing defensive star
Show More
Food drive draws attention to hunger among LGBTQ seniors
Woman pulled from car near brink of Niagara Falls dies
Park in the Woodlands is becoming inclusive for all to enjoy
Carlos Correa and wife Daniella share photo of newborn son
Texas awarded millions for 2014 Galveston Bay oil spill
More TOP STORIES News