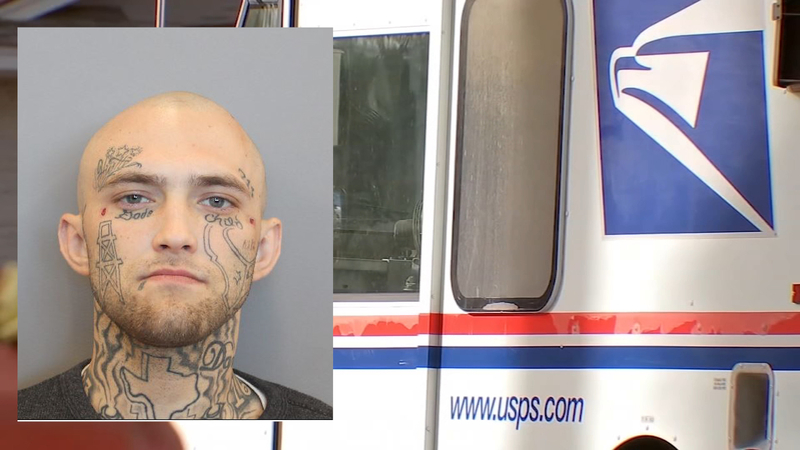 HOUSTON, Texas (KTRK) -- Police have arrested a man in connection with the shooting of a U.S. Postal Service mail carrier near Spring Branch.

Matthew Williams, 24, was arrested Monday after 30-year-old Adrian Jackson was shot in the abdomen while he was delivering mail on Cedardale Drive.

Police say Williams is facing numerous charges including aggravated assault against a public servant, aggravated assault with a deadly weapon, felon in possession of a weapon, theft of a motor vehicle, violation of a protective order, and assault of a family member.

Williams was also charged with failure to stop and give information. Police believe Williams may have also been involved in a separate incident that happened at a nearby Costco the day of the shooting.

It happened near the gas pumps when an employee directing traffic saw a man in a black Honda compact SUV point a gun at him. The gun failed to fire, and the employee escaped without injury.

Jackson remains hospitalized, and according to the postal service, is stable. His family is requesting privacy.

It is a federal crime to kill or attempt to kill a postal employee in the performance of their duties. If it is a murder, it is a capital crime, and could carry the death penalty. The investigation is focusing on what led up to the attack and what happened after it.