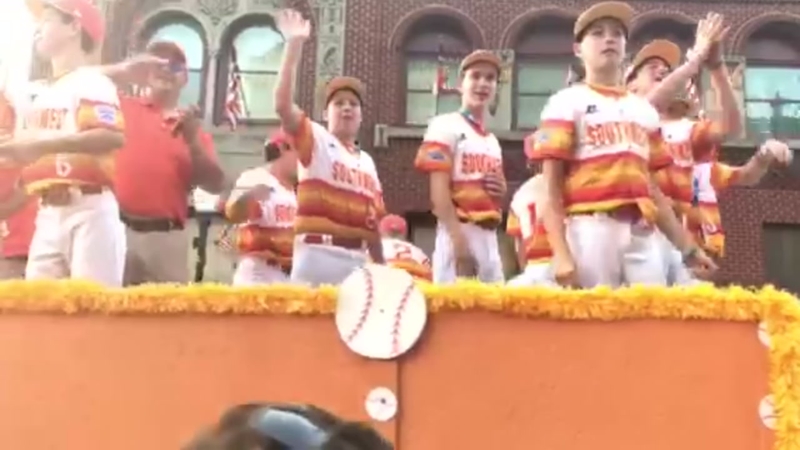 WILLIAMSPORT, Pennsylvania (KTRK) -- Although the Houston Astros are on the hunt to bring a second World Series title to Houston, there's another team hoping to do it sooner, just on a smaller scale.

The team is already looking like World Series champions.

On Wednesday, the boys participated in a World Series grand parade, and they looked similar to the major leaguers over at Minute Maid Park.

The team donned orange stripe jerseys, reminiscent of the iconic rainbow style that the Astros wear.

Before the Post Oak team left Houston for Williamsport, Pennsylvania, they were welcomed on the field at Minute Maid by Astros players including Alex Bregman and Carlos Correa.

Will the professionals be watching the up-and-coming stars?

It's possible. Bregman has already given props to the Little League team.