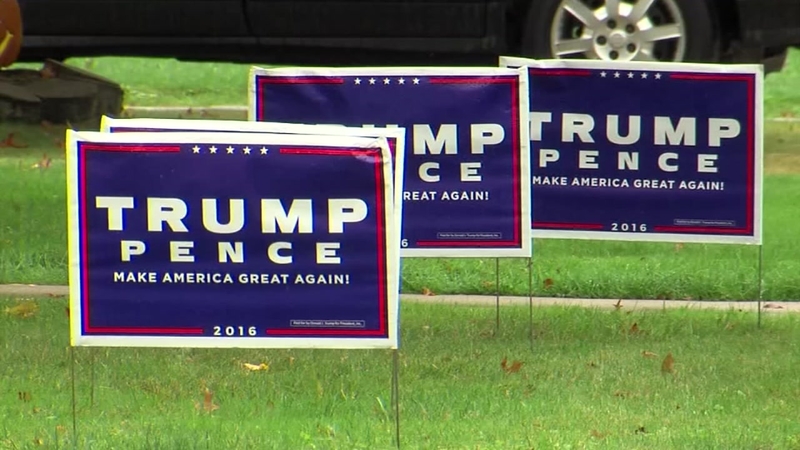 WILLOWICK, OH (KTRK) -- With nearly a week to go until election day, it's no secret that Northeast Ohio has a politically charged climate.

Some people are now facing charges after stealing signs in support of a certain candidate.

In the City of Willowick, Trump/Pence signs could be seen all over the place; that was until early Sunday morning.

Around 1 a.m., police caught three women throwing yard signs into a dumpster just off of East 305th Street. The driver was charged with trespassing and littering. The other two women that were with her also face with trespassing charges.

This incident comes just a day after Willowick police helped arrest a man who stole sign out of a front yard while riding in a Penske truck.

The man, 21-year-old Mark Ortiz, hopped out and stole a Trump sign out of a front yard on Lakeshore Boulevard before taking off.