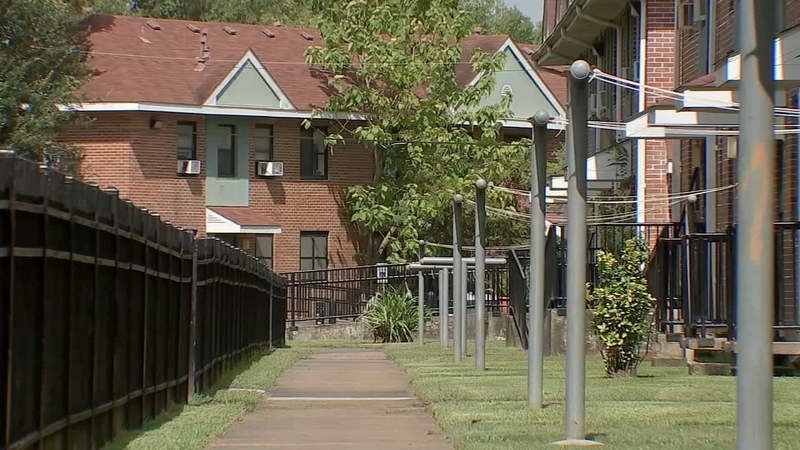 HOUSTON, Texas (KTRK) -- President Trump announced Wednesday that he has ended what was once called the Affirmatively Furthering Fair Housing rule enacted by former President Obama, causing the conversation of fair housing in Houston to reignite.

The announcement came as people are starting to be evicted from their apartments after losing jobs to pandemic cuts.

Joy Davis is one who was stunned. "He's stereotyping all of us," she said. Davis is a member of the Texas Organizing Project and lives at Allen Parkway Village, the city's first public housing complex.

"It makes me feel like we're rolling back protections to the 1960's."

Houston has rising real estate and rent prices, leaving its former reputation of having a low cost of living and housing in the past. There's currently a long waiting list for public housing.

"We're facing major affordable housing challenges, and it's not just for the lowest income families," said Kyle Shelton, deputy director of the Kinder Institute for Urban Planning at Rice University. "We recently published a state of housing report for the county and the city and it's finding, even for median incomes, finding or purchasing a home is becoming nearly impossible."

Many apartments accept government rent subsidies for those whose income qualifies the assistance, and those complexes can be found in the suburbs as well.

When asked about his response to the President's action, Houston Mayor Sylvester Turner called the decision off-base.

"They're deserving of respect, deserving of housing, and quite frankly, we need affordable housing everywhere," he said. "Sometimes there's too much hydroxychloroquine. Stay away from it. I'm just offended by the statement."

The housing crisis in Houston and Harris County is predicted to worsen, as more jobs get cut because of the pandemic's economic fallout. "We should be adding more," said Joy Davis. "We need more resources to help with this and with rhetoric like that, it isn't shocking we're not getting the help we need."