Man gets three years in prison for casting a single vote 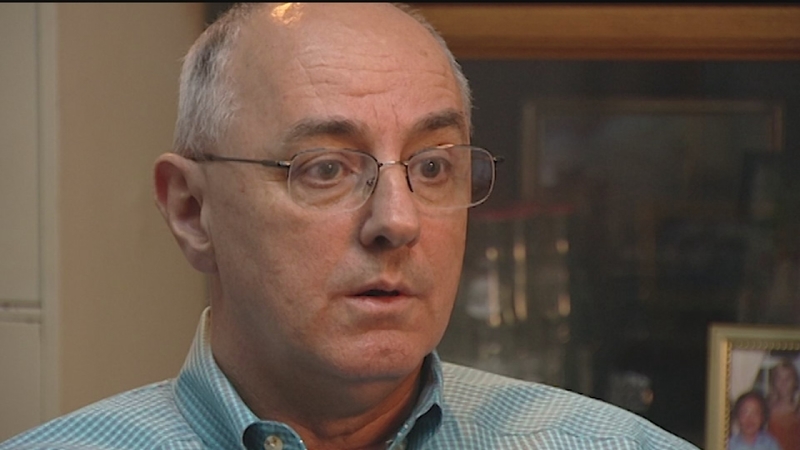 HOUSTON -- Adrian Heath was recently sentenced to three years in prison and slapped with a $10,000 fine, and he has become an unlikely face for voter fraud in Texas.

His sentencing in a Montgomery County court capped a four-year journey that began with Heath's plan to bring more oversight to a special utility district and ended with Heath a convicted felon.

Heath's interest was in The Woodlands Road Utility District, a 2,400-acre taxing body that weaves through the suburb. The district was collecting taxes to pay off bond debt and Heath wanted a say. He argued that even though his home wasn't exactly in the district -- few residences were -- it imposed taxes indirectly on him because he did much of his shopping and dining there.

"We learned there was an election pending," Heath said. "Three seats open. So we said, 'Why don't we just get some people to run for those seats?'"

In May 2010, Heath, along with a handful of his neighbors booked rooms at a Residence Inn inside the Road Utility District.

Heath and his friends claimed residency inside the district despite staying only one or two nights at the hotel. They did so to elect three of their colleagues and take over the district.

Heath's argument was the way he read Texas' voting law, which defines "residence" as a place "to which one intends to return after any temporary absence" and leaves "intent" of residency up to the voter.

Heath's friends won the election, but their victory was short-lived. The district's incumbents soon got their seats back after a judge overturned the election.

And then Attorney General Greg Abbott, now running for Texas governor, charged Heath and his friends with illegal voting, a third-degree felony charge.

The Attorney General's Office contends that they intentionally changed their addresses and claimed false residency for political gain, with no real intention of living in a hotel.

"The message or agenda in this case is to protect the election law and to protect the residency law, because it is something important," Assistant Attorney General Jonathan White told ABC-13 after Heath was sentenced.

"You vote where you live in Texas, and the reason for that is that you should be voting on issues that affect you," he said. "You shouldn't be choosing leaders or propositions that affect other people."

Heath, who was born in Australia and moved to the United States in 1983, readily admits he has a very nice home close by in The Woodlands. He's insistent, though, that the voter residency law is vague and that he did not break the law.

"What are the qualifications to run for this district? It turned out that you needed to be 18 years of age and a resident of the state of Texas," Heath said. "I did the right thing. I didn't break any laws."

Heath also believes he ran into a buzz saw of "cronyism, special interests, bond attorneys, and fellow travelers of the attorney general."

Schwartz, Page & Harding LLP, the law firm of the attorney who lobbies for the district, has given Abbott $15,500 in campaign contributions since 2002, records show. Records show the lobbyist regularly meets and dines with elected state officials.

"They were committed to getting a conviction. They did the traditional things that they would do with Pablo Escobar," Heath said, referencing the infamous drug kingpin.

The attorney general's prosecutors said the only reason they prosecuted Heath is because he was breaking the law and some people in the community complained about his actions. They also pointed to multiple juries who didn't buy Heath's argument.

Attorney General Deputy Division Chief David Glicker said he would ask jurors: "Do you know where you live when you want to vote?"

Then he asks if you can you vote from a hotel room if you only stay there one night.

Glicker also puts a spotlight on what might happen if what Heath wanted to do was perfectly legal.

President Obama won California in 2012 with more than 1.5 million votes to spare, he points out.

"What would happen if California had decided to send one-and-a-half million of their Obama voters to Texas, spend Monday night in a hotel, wake up on Election Day and vote for Obama?" Glicker said. "Boom, there goes our 36 electoral votes to Obama in the Electoral College because one night in a hotel is enough."

Reports by ABC-13 and others, though, show that voter residency is not always so cut-and-dry in Texas.

Dave Wilson was elected to the Houston Community College Board of Trustees in November. At the time and since, he said he resides in an apartment above his electrician's school on W. 34th street -- not at the far-nicer home he and his wife own nearby but out of the HCC district he was running for.

The Harris County Attorney has spent months fighting with Wilson over the issue.

And there are many who are registered to vote in places, such as office buildings and businesses, that are obviously not their homes.

In the meantime, Heath is appealing his sentence.

"What they said was that if you confess, if you confess that you did this, that you broke the law -- you knowingly did it, then it will all go away," Heath said. "It'll be just like a parking ticket. Well, that's a lie and I'm not going to do it."