Football and politics: Houston weighs in on NFL kneeling protests 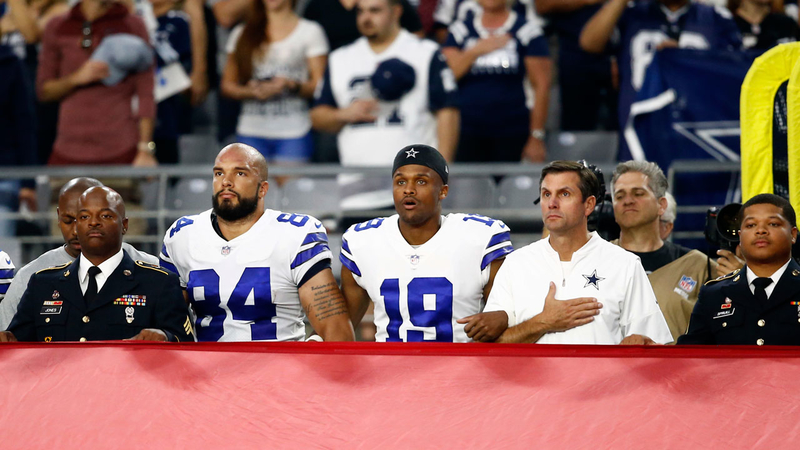 HOUSTON (KTRK) -- During 'Monday Night Football,' a lot of people were glued to the TV, but it wasn't just the game keeping their attention tonight.

It's the president versus the players that had people talking at The Deck on Fountainview tonight, a bar on Richmond and Fountainview.

The issue began when President Trump suggested NFL players who kneel during the national anthem should be fired.

"Football for me is not a social issue," says bar owner Chad Clay. "It's kind of ridiculous that we're using something that signifies people that created this country, that fought for this country, and we're using this to disparage that."

Dallas Cowboys owner Jerry Jones joined his team in a kneel on the field during Monday Night Football.

Other people we spoke with disagreed, saying the keeling protest is not in disrespect for the American flag, but about something else.

One woman said the bigger issue is police brutality and inequality for minorities in America.

Regardless of the opinions, something most seemed to agree on was this: politics don't belong on the gridiron.