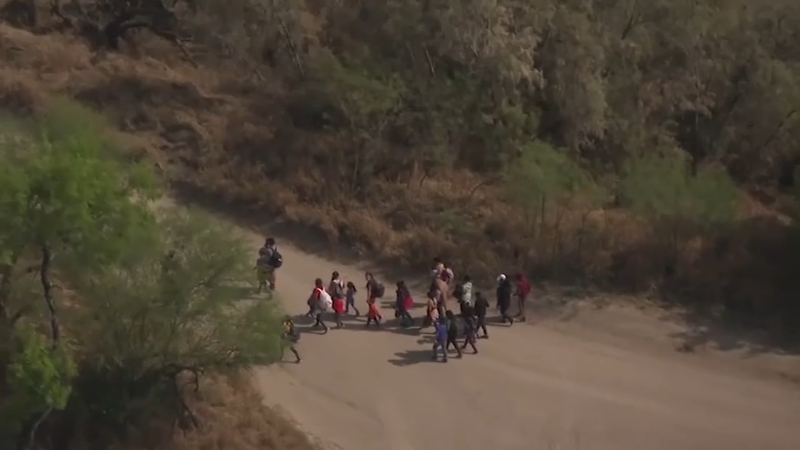 HOUSTON, Texas (KTRK) -- A new video released by U.S. Border Patrol showed children being tossed over the border wall. It shows the first child taking a hard fall. Then, the second one is tossed and soon after, the smugglers take off running. Thankfully, border patrol was able to rescue these children.

Now, we're hearing more of the desperation at the border from a migrant in Houston who has seen it all first-hand.

"I felt the desperation of the Mexican people and those from Latin America," Alejandro Estrada said.

Estrada is a Cuban immigrant who arrived in Houston this month. He said he felt the desperation from the people waiting and wanting to cross the border.

"Even I was afraid living in Mexico," he said.

Estrada left Cuba three years ago, but he ended living in Mexico before making his way to the border to seek political asylum.

Salinas said they have been helping many children, families, and asylum-seeking immigrants get the help they need. She said they expect the numbers to continue to increase so they're ramping up resources.

SEE ALSO: Teens who escaped Honduras recall being detained at border for 2 months before reuniting with mom

"All hands on deck," she said. "We're refocusing some different staff."

Some of the stories are heartbreaking, she said. In fact this week, we learned of a 6-month-old child who suffered a broken leg after smugglers tossed her out of a raft into the Rio Grande River.

"We're just trying to serve as many people as we can, because they are a vulnerable population and that is our mission is to help serve," she said.

Estrada is now one of those people getting help by Catholic Charities and said he's grateful. He said he hopes to one day return to Cuba if the political situation there changes for its people.