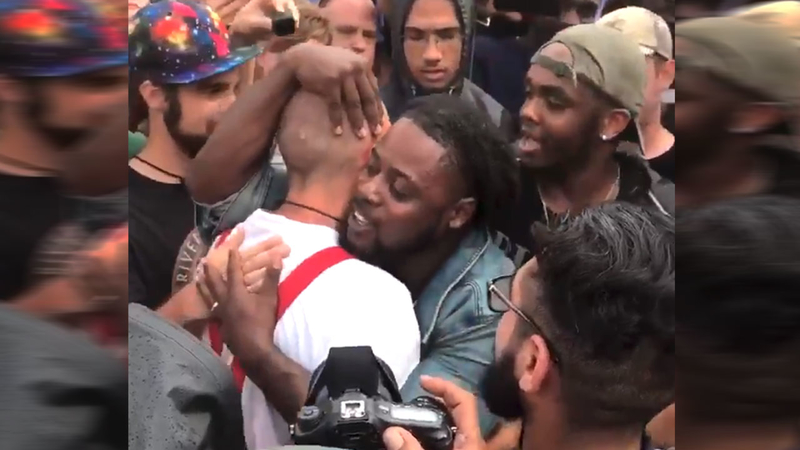 That's what a black protester asked while giving a man in swastika T-shirt a hug, according to Storyful.

The powerful moment was caught on camera after a Richard Spencer rally at the University of Florida on Thursday. Spencer is a well-known white nationalist who coined the term "alt-right."

Counter-demonstrators, greatly outnumbering the white nationalist crowd, gathered outside the rally to protest. Anti-Spencer protesters shouted, "Not in our town! Not in our state! We don't want your Nazi hate!" and "Let's go Gators" during his speech.

The "self-described Nazi skinhead" receiving the hug was identified as Randy Furniss, of Idaho. Furniss was also filmed getting punched in the head, The Gainesville Sun reports.