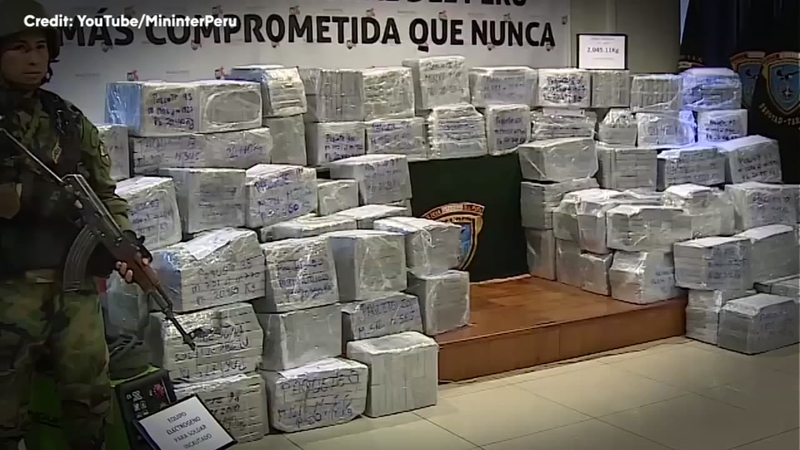 LIMA, Peru (KTRK) -- Police in Peru seized more than $174 million worth of cocaine on Wednesday.

A two-month investigation on a criminal organization's Lima warehouse also ended with the arrest of six men, including five Peruvians and one Serbian citizen.

Investigators said the containers were set to be shipped to Belgium when police moved in and seized the drugs.

The narcotics would be worth an estimated $174 million in Belgium, investigators said. In Peru, it's equivalent to about $4 million.